Cash-strapped Greece to spend up to $10B on new military equipment, upgrades 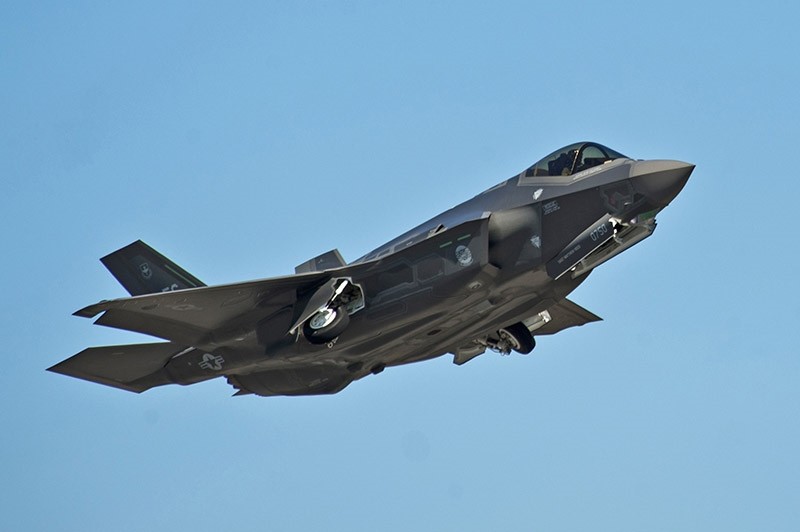 'Turkey bought first' never gets old: Greece, on the verge of financial collapse, seeks ways to boost military spending amid poor relations with its eastern neighbor over decades-old disputes in the Aegean and in Cyprus heightened by its refusal to extradite pro-coup soldiers

A potential spending of $10 billion by Greece's cash-strapped government on military equipment has been branded "incoherent" and a "scandal".

Analysts talking to Anadolu Agency this week were critical of proposals to buy expensive new fighter jets at a time when the country is still in an economic bailout program.

As an upcoming Eurogroup meeting on Monday looks to define Greece's future in the 19-member bloc, the country's defense minister has already talked about plans to upgrade a large part of Athens's military capabilities.

An interest in ordering fifth-generation fighter jets from the United States - a fellow NATO member - had already been expressed, the ministry added.

The ministry also said maintenance for Greece's Russian-origin S-300 surface-to-air missiles is in the "final stage".

However, all this is only part of the entire plan, said Hellenic Air Force chief Lt. Gen. Christos Christodoulou, speaking at a news conference last Friday.

Christodoulou confirmed Greek plans to improve its F-16 jets, which -- according to ministry sources speaking anonymously -- could cost an estimated $1.2 billion to $1.7 billion depending on how many of the aircraft are upgraded.

U.S. defense and aerospace company Lockheed Martin would be in charge of upgrading the jets.

It is understood a LOR (letter of request on price and availability) has been sent by the Greek government to Washington for F-35 single-engine multi-role fighter jets.

A single F-35 -- without weapons, spare parts and maintenance support -- can cost an estimated $100 million.

Greek Defense Ministry sources, speaking on condition of anonymity due to restrictions on talking to the media, told Anadolu Agency the plan was to purchase at least 20 F-35s to form a fleet.

Finally, the maintenance of Greece's S-300 missiles will cost around $9.5 million, as they cannot be upgraded to S-400 due to European economic sanctions on Russia, ministry sources told Anadolu Agency.

If the whole plan is executed, the cost could potentially reach $10 billion, a military expert at the Ministry of Defense said, talking under similar conditions of anonymity.

However, it remains unclear how crisis-stricken Greece will pay for the upgrades.

Talking to a Greek radio station recently, Deputy Defense Minister Dimitris Vitsas, said he did not have an answer.

"We will have the proposal of how to do it and how much money we will have to spend, in four to six months," he told Real FM.

"It is part of a 10-year plan which is already incorporated into the defense ministry's budget. We will not spend an extra euro."

However, Kostas Grivas, an associate professor of geopolitics at the Hellenic Military Academy, told Anadolu Agency some of what the ministry planned was a "scandal".

"Wanting to buy F-35 jets is a scandal, financially speaking. The country is in a terrible financial state and these jets are very expensive," he said.

"We are buying them just because Turkey bought them first," Grivas added. "We are basically making a donation to Lockheed Martin."

However, upgrading the F-16 jets makes sense, Grivas claimed, adding: "We are maintaining what we have, which saves money, instead of buying new ones."

"It was a careless move to announce it before the review [of the Greek bailout program] is concluded," Agapitos said.

"It makes our creditors doubt us and ask for additional measures in advance, since it looks like the government's moves are incoherent."

However, defense expenses are "inevitable and necessary when we are talking about European borders," Agapitos said, adding that even though the expensive plans were to be a long-term investment, the timing of the announcement was wrong.

In the end, it remains to be seen how much of what was announced will end up being implemented.