Islam is not source of terrorism, says German Chancellor Merkel 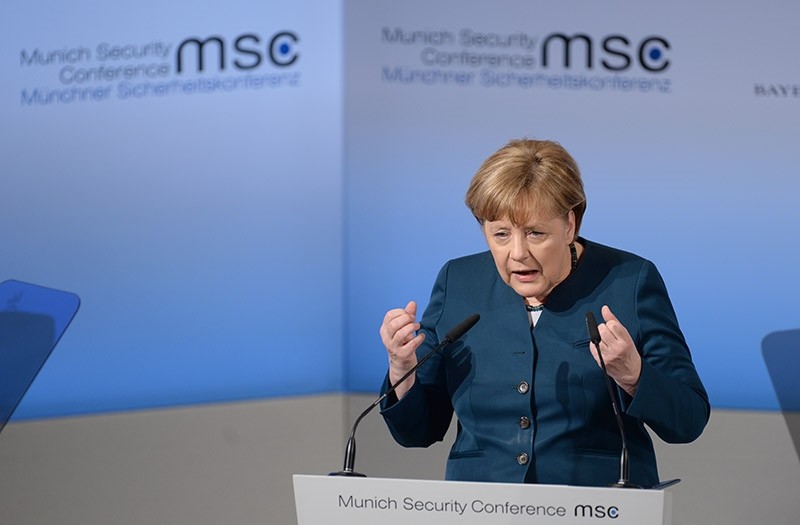 Islam is not the source of terrorism, and Islamic scholars and Muslim countries should speak up against fundamentalists to make this clear to the world, Germany's Chancellor Angela Merkel has said.

In her address to the Munich Security Conference on Saturday, Merkel underlined the importance of close cooperation with Muslim countries in defeating Daesh, Boko Haram and international terrorism.

"I think, those countries, first and foremost have to give a contribution. Because only in this way we would be able to convince people that it is not Islam that is the source of terrorism. But a falsely understood Islam," she said.

"I expect from religious authorities of Islam to find strong language in order to delimitate peaceful Islam from terrorism committed in the name of Islam. We as non-Muslims cannot do this, it should be done by Islamic clergy and authorities," she added.

Merkel said she had discussed the fight against terrorism during her meeting with Prime Minister Binali Yıldırım this morning in Munich.

"I have just now addressed this issue with the Turkish prime minister. We know that particularly our NATO partner Turkey is very much threatened through the challenge of international Islamist terrorism through Daesh, but also obviously the terrorism of PKK," she said.

Merkel underlined that Europe cannot achieve success in the fight against terrorism without the support of the U.S. and also favored continued cooperation with Russia, especially in efforts to defeat Daesh in Syria.

Separately, Yıldırım and Merkel agreed to continue their dialogue and cooperation, the Turkish Prime Ministry said in a statement.

The Turkish premier also held a bilateral meeting with the chancellor.

Pime Minister Yıldırım met Chancellor Merkel on the sidelines of 53. International Munich Security Conference during a breakfast meeting at the Bayerischer Hof hotel, which was closed to the press and lasted approximately for 50 minutes.

Yıldırım spoke about the opportunities to cooperate with Germany in the fight against terrorist organizations such as Daesh, the Gülenist Terror Group (FETÖ) and PKK/PYD.

Both leaders also discussed cooperation in the fields of economy and culture.

The Prime Minister went on to addressed to a crowd of 10,000 Turks in Germany's Oberhausen, asking for their support in the upcoming referendum on the constitutional reform.