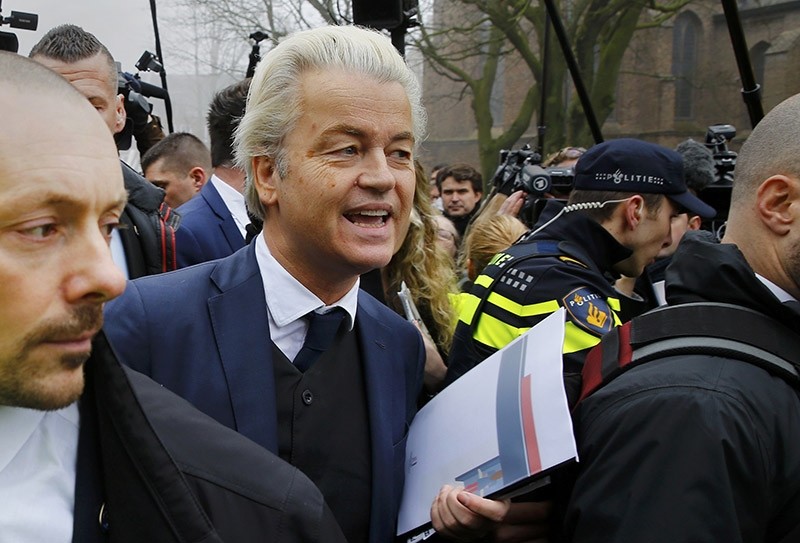 Muslim organizations in the Netherlands on Sunday criticized disparaging comments about Moroccans made by anti-Islam lawmaker Geert Wilders, but say they are just the latest in a long string of insults.

Launching his campaign Saturday for the Netherlands' March 15 parliamentary election, Wilders criticized Moroccan youths for making the Netherlands unsafe, although he qualified the comments by saying they didn't apply to all Moroccans.

"If a Dutch person driving in a car drives five miles too fast he will be fined within a minute whereas the Moroccan scum in Holland — once again, not all are scum, but there is a lot of Moroccan scum in Holland who makes the streets unsafe mostly young people and they are not taken seriously," Wilders said at his first campaign event in the blue collar town of Spijkenisse.

Ebubekir Ozture, director of the Muslim umbrella group Contact Organ Muslims and Government, called Wilders comments "reprehensible," but added that Moroccans and Muslims are accustomed to such outbursts from Wilders, whose Party for Freedom is riding high in opinion polls less than a month from the election.

"It is not the first time and probably won't be the last time," that Wilders has used such language, Ozture said in a telephone interview. "He has said worse things about Moroccans and Muslims. As crazy as it sounds, people are a bit used to it from him."

Wilders was convicted late last year of inciting discrimination and insulting a group for anti-Moroccan comments he made before and after local elections in 2014. He branded the conviction "political."

Wilders is appealing the conviction, which centered on comments he made before and after Dutch municipal elections in 2014. At one meeting in a Hague cafe, he asked supporters whether they wanted more or fewer Moroccans in the Netherlands. That sparked a chant of "Fewer! Fewer! Fewer!" — to which he replied, "we'll take care of it."

Wilders has a long history of criticizing Islam and Moroccans he says are responsible for a disproportionate amount of street crime in the Netherlands. His one-page election manifesto also is strongly anti-Islam, vowing to ban the Quran, shut the country's mosques and halt all immigration from Muslim nations.

Abdou Menebhi of the Euro-Mediterranean Center for Migration and Development said he expects more such comments in the future. Menebhi filed one of the many complaints that led to Wilders' prosecution last year.

"Wilders is not going to stop," Menebhi said in a telephone interview. "He is still spreading hate and discriminating against Moroccans and Muslims."