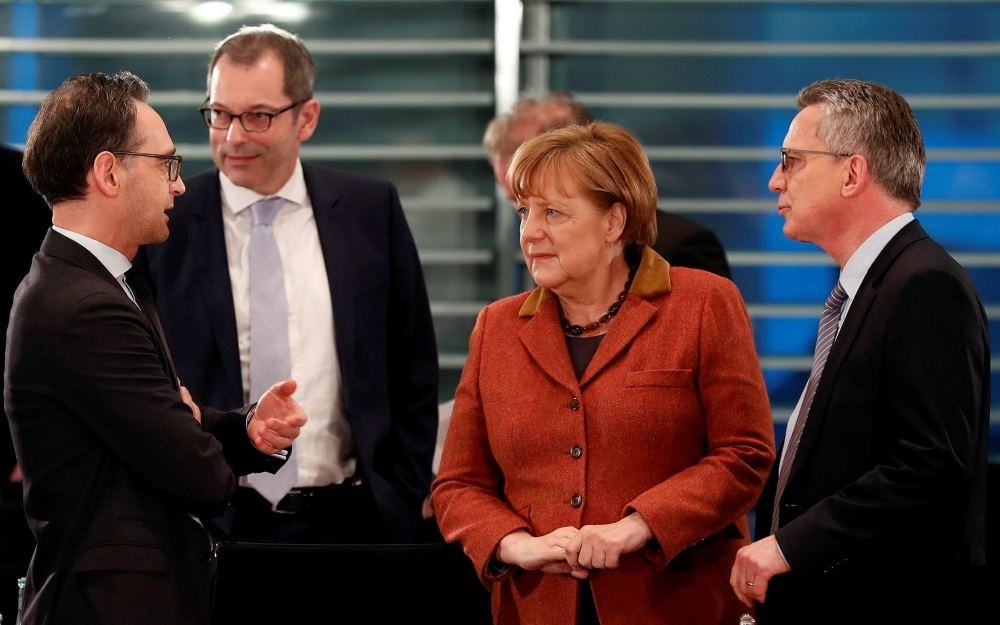 by Compiled from Wire Services Feb 23, 2017 12:00 am
Germany's Cabinet approved a plan yesterday that will make it easier to deport rejected asylum-seekers. Interior Minister Thomas de Maiziere said the measures mean that deportations of rejected asylum-seekers will be faster and more people will be sent back home.

Germany was flooded with 890,000 asylum-seekers in 2015 and has been working to streamline how it deals with them, speeding up granting asylum to those who qualify for it and sending home those who don't.

German Chancellor Angela Merkel, who faces a general election in September, has called repeatedly for a "national effort" to make sure that people without the right to stay leave the country.

The new measures include tweaking regulations to make it easier to take into custody people believed to be dangerous before deporting them, and giving authorities more leeway in observing them, de Maiziere said. Other measures include allowing authorities to evaluate data on cell phones and computers when the identity of an asylum seeker is in doubt.

Germany has recently started deporting more Afghans, a move that has been criticized harshly by some who don't consider Afghanistan a secure country. Several state governments, which currently handle deportations, have refused to send people back to Afghanistan.

A group deportation from Munich to Kabul with 50 people was scheduled for yesterday night, the DPA news agency reported.

German officials also proposed that the European Union relax some human rights safeguards so that more asylum seekers can be deported while awaiting the outcome of their cases, according to a working paper seen by Reuters.

After the terrorist attack on a Berlin Christmas market, German Chancellor Angela Merkel has been facing growing pressure from right-wing parties over her immigration policies ahead of the election 2017. The German far-right has insisted on closing the country's borders. Merkel's conservatives are suggesting "transit zones" to hold migrants at the borders while their identities are confirmed, and making it easier to hold people in pre-deportation detention.
Last Update: Feb 23, 2017 1:25 am
RELATED TOPICS