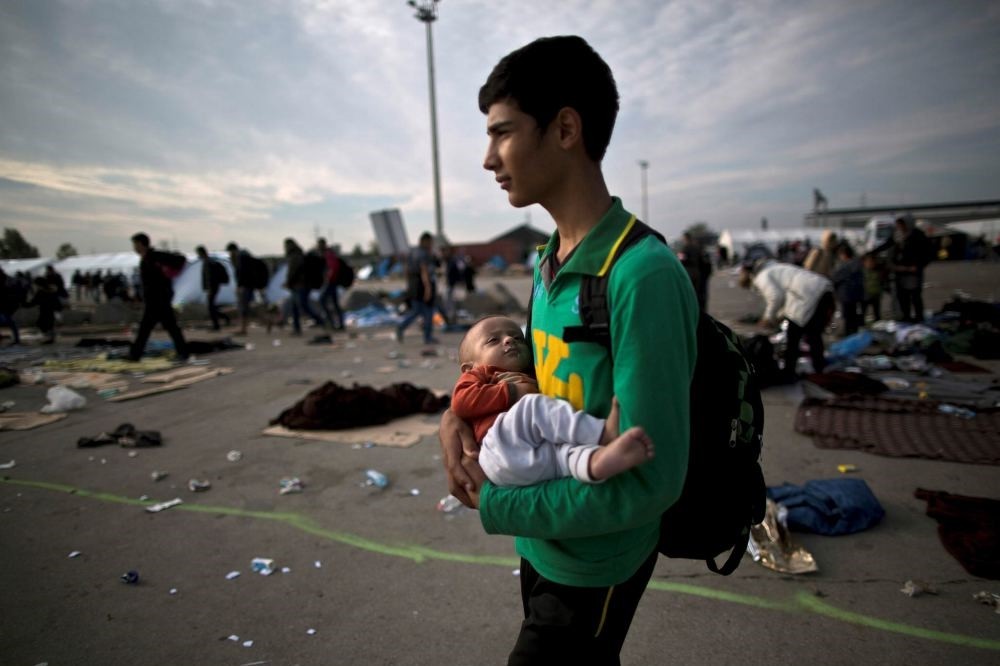 Core human rights values have come under serious pressure in Austria, an EU country, as it backed a draft law which would allow authorities to stop providing accommodation and food to rejected asylum seekers who refuse to leave the country

Austria's centrist coalition government on Tuesday agreed on a draft law which would allow authorities to stop providing accommodation and food to rejected asylum seekers who refuse to leave the country. The bill, which must still be approved by parliament, is part of a wider reform of laws dealing with foreigners in Austria, which includes fines or prison sentences for migrants who lie about their identity.

Migrants who are denied asylum and refuse to leave will have to face the consequences, Interior Minister Wolfgang Sobotka said. "The first thing is basically that they don't get anything from the Austrian state if they don't have the right to stay here. Is that so hard to understand?," Sobotka told reporters. He said the law was designed to enforce the rule of law and encourage rejected asylum seekers to leave voluntarily.

The centrist government also plans to introduce penalties between 5,000 and 15,000 euros (5,300 and 15,900 dollars) for migrants who remain in Austria. As a final measure, rejected migrants may be detained before they are forcibly flown back to their home countries. The maximum length of this detention will be expanded from 10 to 18 months.

Sobotka said that of about 4,000 people who receive basic services but should have left the country, some 2,000 could be affected if the law is passed, because they are healthy enough to travel to their home countries. Rejected asylum seekers in 2016 were most often from Afghanistan, Pakistan and Nigeria, Interior Ministry data shows.

The Austrian office of the United Nations High Commissioner for Refugees (UNHCR) said the bill was "highly questionable" and urged lawmakers to think hard about agreeing to it.

The Austrian government is preparing a package of policies aimed at countering the rise of the far-right Freedom Party whose candidate came close to winning the presidential election in December. The government coalition of social democrats and center-right conservatives has introduced a string of plans to limit immigration in recent months, trying to win back voters from the far-right party, which enjoys strong public support. These measures include cutting child support for migrant workers whose children live in their home countries, excluding migrants from EU countries from a new job creation program, and obliging refugees to learn German.

Austria took in roughly 90,000 asylum seekers in 2015, more than 1 percent of its population, as it was swept up in Europe's migration crisis when hundreds of thousands of people crossed its borders, most on their way to Germany.

It has since tightened immigration restrictions and helped shut down the route through the Balkans by which almost all those people - many of them fleeing war and poverty in the Middle East and elsewhere - arrived. Asylum applications fell by more than half last year.