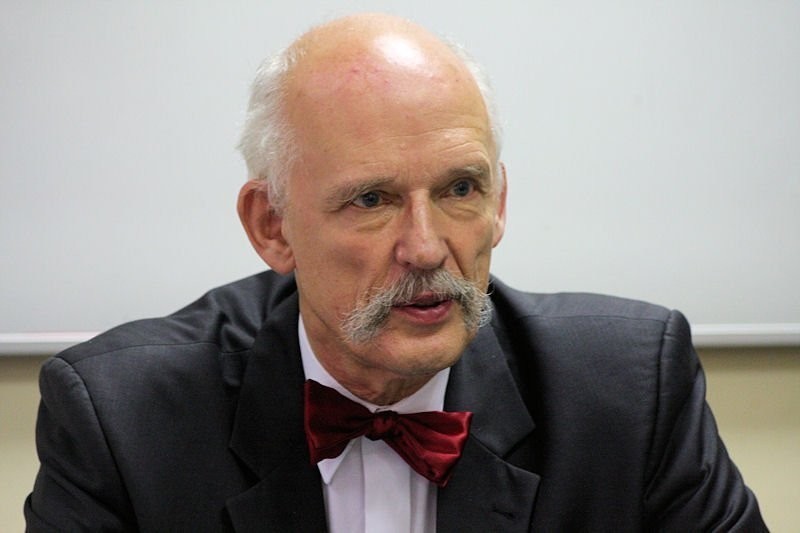 | REUTERS Photo
by Mar 02, 2017 12:00 am
Polish EU lawmaker Janusz Korwin-Mikke was underinvestigation by the European Parliament on Thursday for makingcomments claiming that women "must earn less" because they were"weaker," "smaller" and "less intelligent."

The hate speech investigation, which could result in a penaltyincluding a fine and a temporary suspension, was launched followingcomments Korwin-Mikke made during a plenary debate on gender pay gapWednesday night.

"Of course women must earn less than men because they are weaker,they are smaller and they are less intelligent, they must earn less,that's all," Korwin-Mikke said.

EU lawmakers, who were visibly flabbergasted by the comments, calledfor sanctions against Korwin-Mikke, who is the chairman of aeurosceptic, conservative party in Poland but is not affiliated withany parliamentary party at the EU.

"Such statements clearly fly in the face of the fundamentalprinciples of gender equality in this house," said Gianni Pittella,leader of the parliament's social democratic bloc.