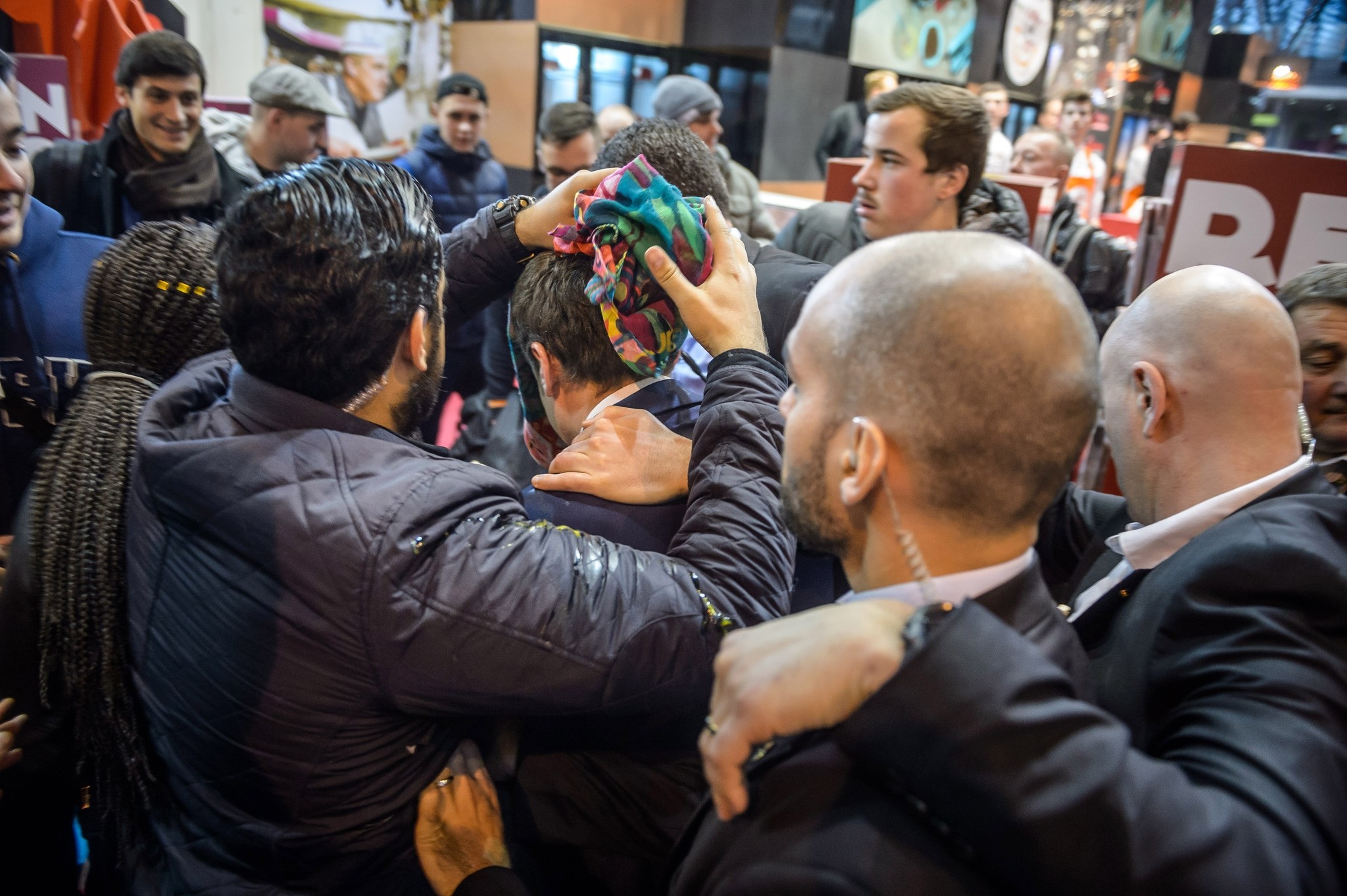 French presidential candidate Emmanuel Macron's (C) security guards try to protect him after an unknown man threw eggs at him. (EPA Photo)
by Compiled from Wire Services Mar 02, 2017 12:00 am

France's independent centrist presidential candidate, Emmanuel Macron, has been riding high in public opinion polls, but someone who's clearly not a fan tossed an egg at his head.

While visiting the annual Paris farm fair on Wednesday — a must stop for candidates in the spring presidential election — Macron got hit on the back of his head with an egg. The yolk dripped over his face.

Macron kept the mess in perspective.

He said: "We propose solutions, we can talk about it. We can disagree and some might throw you eggs....It's part of French political life. It always has been."

Still, the candidate, who's making his first run for elected office, said he "deplored" the egg throwing "because it doesn't elevate political dialogue."

Polls currently show Macron as the most likely winner, though analysts caution against any firm forecasts after a rollercoaster campaign and the surprises of Brexit and Trump in 2016.