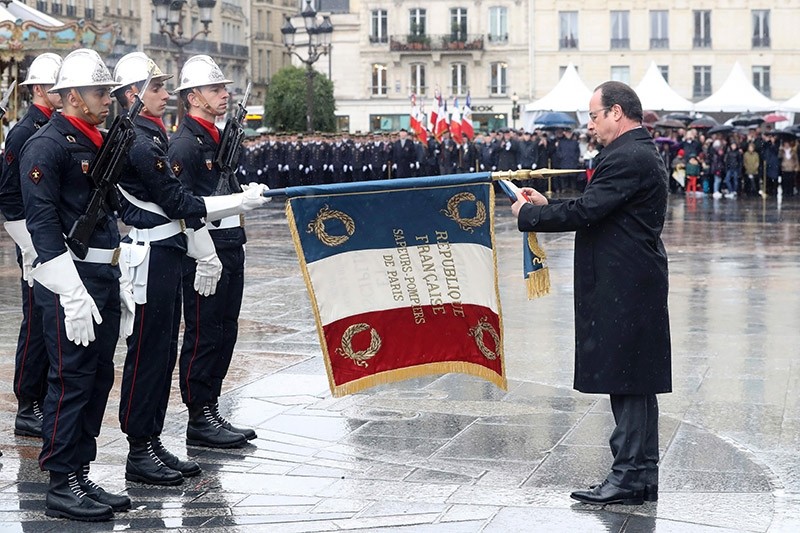 "My ultimate duty is to make sure that France is not won over by such a programme, and that France does not bear such a heavy responsibility," said Hollande of the risk of a Le Pen victory in the upcoming election.

"There is a threat" of Le Pen winning the election, Hollande acknowledged in comments.

He added it was inevitable that the European Union would have countries progressing at "different speeds" and that he saw no reason to call into question Donald Tusk's role as president of the European Council.

He also said the "euphoria" of financial markets after the election of U.S President Donald Trump appeared to be "very premature".

Election surveys and forecasts for the first round of French presidential elections, set to be held on April 23, show that FN's candidate Le Pen leads the poll with around 27 percent of vote intentions, with centrist candidate Emmanuel Macron coming second.

However, projections for the run-off, scheduled on May 7, indicate a likely Macron victory when pinned against the FN leader Le Pen.