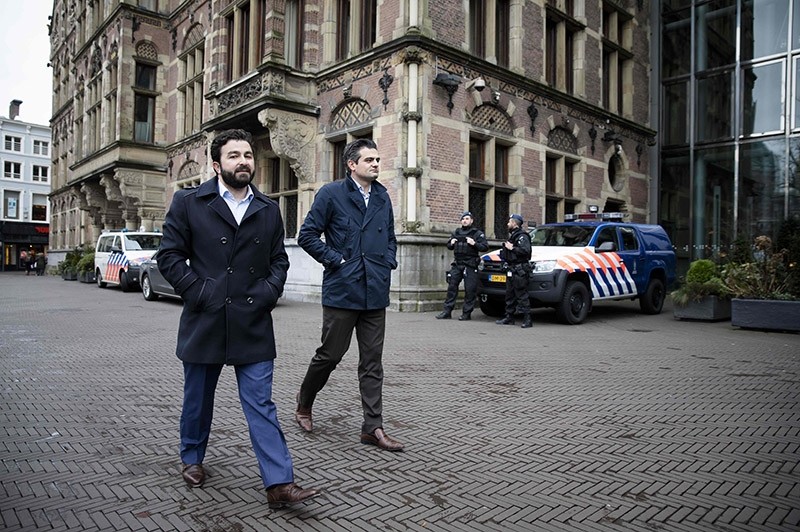 In Europe, where populist rhetoric and Islamophobia are on the rise and minorities feel increasingly pushed to the margins of society, Muslims are establishing their own political parties to make their voices heard and to solve their political problems.

There are currently 11 political parties across Europe, whose founders or members are mostly Muslim.

These parties lift up the voice of native Turkish and Muslim minorities in Greece and Bulgaria, and serve as an alternative to Islamophobia in the Netherlands, Austria and France.

Those who feel excluded from the political sphere, not only Muslims, but also individuals from disenfranchised ethnic and religious groups, have founded the parties to be a medium through which they can politically express themselves. 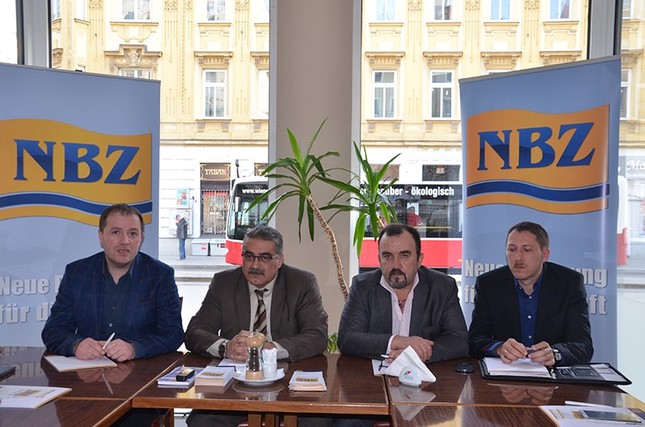 In Austria, known for its government's anti-Turkish and anti-Islamic statements, Turkish citizens have founded the New Movement for the Future (NBZ) party. The goal of the party, which was established in 2016 in Voralberg, is to give Turks a voice in politics across Austria.

The NBZ Chairman, Adnan Dinçer, explained that the rise of extremist right wing parties has caused them to work faster. "Political actors are making decisions about the minorities working here, but we are not involved in this decision-making mechanism," he said.

"For this reason, minority society should be present in political formations for the protection of their rights, taking into account the next 50-100 years," Dinçer noted.

Dinçer said that there was no party that solved the problems of the minorities living in the country, and that, on the contrary, extreme right-wing parties have been actively anti-minority in recent times.

"We think that this attitude will increase in the coming days in Austria and Europe. The answer lies in the political arena. For this reason such a political party [like NBZ] is needed," Dinçer added. 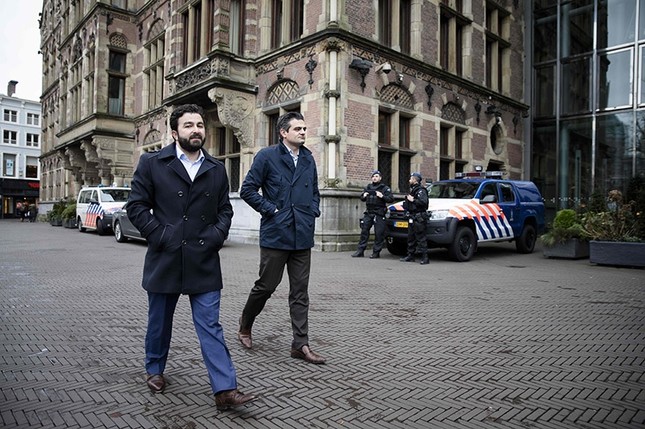 Leader of DENK ("think" in Dutch), the country's first party led by immigrants, Tunahan Kuzu (R) and party's member Selçuk Öztürk walk at the Binnenhof in The Hague, on Feb. 23, 2017. (AFP Photo)

In the Netherlands, where opposition to Muslims and Turks is on the rise, concerned citizens have created the DENK party. DENK, which means "think" in Dutch, was established in February 2015 by former Labor Party (PvdA) deputies Tunahan Kuzu and Selçuk Öztürk, who were frustrated with their party's lack of integration policy.

DENK leader Kuzu stated that in recent years, the Netherlands' political parties have taken an anti-Islamic stance and turned to the extreme right.

"Our party was established to raise up the voices of the overlooked in the Netherlands," he said.

Kuzu added that DENK had brought together minorities from different communities against discrimination and racism.

The Equality and Justice Party (PEJ) was established through an initiative of Turkish and Muslim associations in France. The party is concerned with the rights of Muslims who are discriminated against in the country.

The PEJ, which is the first party in France established by Turks, participated in elections of the Provincial General Assembly in March 2015, but was eliminated in the first round.

Although it had only been founded for two months at the time, the party won 2-6 percent of the votes, with the support of thousands of people in four cities and ten cantons across France.

Speaking to Anadolu Agency, PEJ President Şakir Çolak stated that the main purpose of the party was to combat injustice and inequality.

"We are not a Muslim or a Turkish party alone. However, there was not a party representing the Muslim population in our region. We want every slice of justice to be achieved," he said.

The PEJ will participate in the next French race by nominating candidates in several cities during the upcoming June general election.

Another party in the country, the French Democratic Union of Muslim Democrats (UDMF), has achieved great success in the Paris region during the 2015 elections, winning many votes from the Green Party.

The party advocates for the rights and voice of North African immigrants and French Muslims, and is largely made up of immigrant citizens.

Additionally, Mohammed Latrece founded the French Muslims Party (PMF) in 1997 in Strasbourg. However, a French judge decided to freeze the bank accounts of the association in 2014.

About 1.9 million Muslims live in Spain, making up about four percent of the population. There are two parties that have been established by Muslims operating in the cities of Ceuta and Melilla, both of which are located in Spanish territory in Morocco.

Coalicion por Melilla, the second largest political party in the city, was established in 1999 and has seven members sitting on the 25-seat city council.

These two parties, both founded by Muslims, have not joined any general elections in Spain until now, due to their own preferences.

In Bulgaria, there are three political parties in which the majority of the members are Turkish and Muslim.

One of those parties is The Movement for Rights and Freedoms (HÖH), which was founded in 1990 by Ahmet Doğan.

HÖH has a coalition with the Bulgarian Socialist Party (BSP), and thus has a say in the country's administration, though leadership changed after the 2013 assassination attempt against Doğan.

In 2014, it was represented by 38 people in the 240-member parliament and had four deputies in the European Parliament (EP).

Lütfi Mestan took Doğan's place as the head of the party, but had to leave his post following anti-Moscow statements after the fall of the Russian warplane in Turkish airspace in 2015.

Mestan's pro-Turkish attitude and criticism of Russia caused a rift in the HÖH, opening the door for the formation of a new party. Mestan founded the Democrats for Responsibility, Freedom and Tolerance Party (DOST) in 2016, along with five former MPs. The party is currently preparing for Bulgaria's March 26 elections.

Mestan attaches great importance to mother tongue education, especially in Turkish, and has made political statements against the Russian occupation of Crimea. He also often expresses that Bulgaria should have strong political and economic relations with its neighbor Turkey.

Another party founded by former HÖH members in Bulgaria is the Freedom and Honor People's Party (HŞHP). Kazım Dal and Korman Ismailov established HŞHP in 2012.

In the previous parliamentary elections, HŞHP, which is part of a coalition of the rightist Reformer Bloc (RB), and was represented only by Ismailov in parliament.

The Friendship Equality Peace (DEB) party in Greece acts politically on behalf of Turkish and Muslims living in the country.

DEB is headquartered in the city of Komotini (Gümülcine) in Western Thrace, and was established in 1991 by Sadık Ahmet after the introduction of a three percent electoral system, which was initiated in order to prevent Turkish minority MPs from entering the Greek parliament independently.

There are approximately 6,000 members of DEB, which has provincial organizations in Xanthi (Iskeçe) and Evros in the Western Thrace where there is a large Turkish population.

In 2010, DEB changed leadership to Mustafa Aliçavuş and began to intensify its activities under the new administration, and the party participated in EP elections for the first time in 2014.

DEB chairman Aliçavuş said that the current political system in Greece creates obstacles for minorities, "Athens has made it difficult for independent candidates to be elected with the three percent threshold system, which has silenced voices of our society, and made it necessary to establish a political party."

Aliçavuş added that his party had collaborated with a number of European political institutions, especially the European Free Alliance Party (EFA), which is a member of the EP.