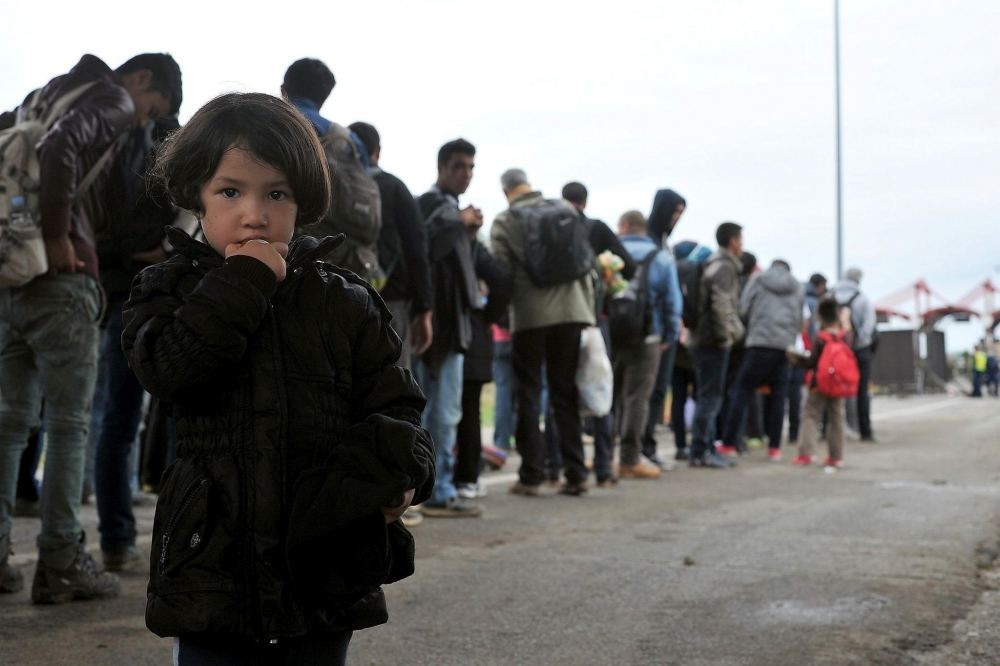 A migrant girl together with a group of Middle Eastern migrants wait to cross the Hungarian-Croatian border.
by Compiled from Wire Services Mar 08, 2017 12:00 am

The Hungarian parliament approved on Tuesday measures to tighten border controls and put migrants in camps along its border, the state news agency MTI reported.

Hungary plans two or three camps along its southern border, where migrants will be kept while their applications for asylum are processed, Prime Minister Viktor Orban's chief of staff said last month.

Migrants whose applications are not immediately approved will not be allowed to move freely around Hungary but will be detained in the camps, Lajos Kosa, the parliamentary group leader of Orban's Fidesz party, said earlier last month.

Hungary's prime minister said migrants are keeping his country "under siege" and he expects the current lull in the migrant flow to be temporary.

PM Orban, an early supporter of President Donald Trump, has ordered the reinforcement of fences on Hungary's southern borders to keep out migrants. Orban said the migrants, many of whom are Muslims, are a threat to Europe's Christian identity and culture. Speaking at a swearing-in ceremony for a new group of border guards known locally as "border hunters," Orban said that Hungary could only count on itself for protection.

Hungary's decision to detain all asylum seekers and migrants in camps runs counter to international law and will further traumatize people who have fled violence, the UN Refugee Agency(UNHCR) said.

Adults and children will be forced to live in shipping containers surrounded by high razor wire fences, the UNHCR stated. "This new law violates Hungary's obligations under international and EU laws, and will have a terrible physical and psychological impact on women, children and men who have already greatly suffered," UNHCR spokeswoman Cecile Pouilly says.

Under international and EU laws, the detention of asylum seekers is only justified if there are no reasonable alternative measures that can be implemented, she says.

Hungary has been a focal point of Europe's migration crisis, with hundreds of thousands passing through in 2015 in often chaotic scenes on the frontier with Serbia - the external border of the EU's passport-free Schengen area - and a Budapest rail terminus.

Orban says that allowing migrants in without proper checks poses a security threat, citing the fact that some of the Islamist extremists responsible for attacks like those in Paris in November 2015 had posed as refugees. It is known that the Daesh is using the mass migration to get terrorists in Europe and Turkey.

Many others who have carried out attacks or tried to are/were second generation migrants who were living in enclosed monolithic communities and were radicalized within the continent.

Orban has also argued that allowing in so many Muslims risks undermining Europe's liberal democratic values and its Christian traditions, which are not being shared by the majorities of the new arrivals. This is evident as many of the migrants regularly start massive riots against each other most notably in detention centers in Germany and Greek islands.
RELATED TOPICS