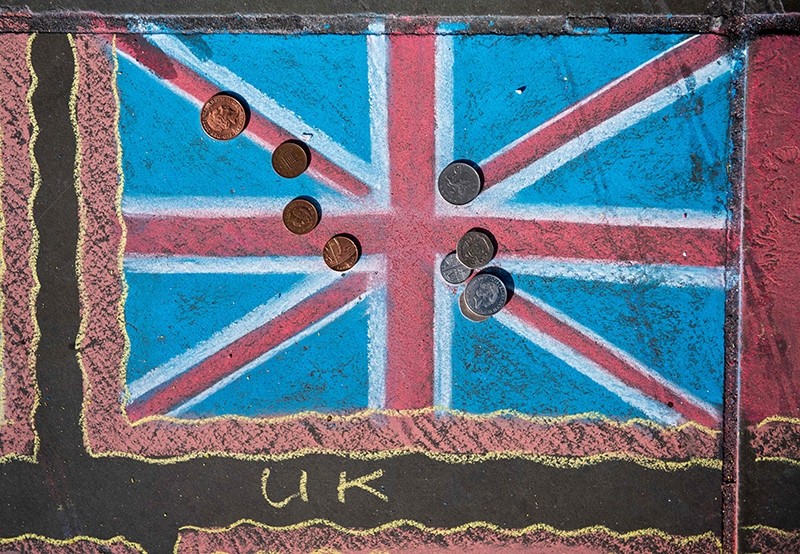 Prime Minister Theresa May suffered her second defeat in a week over Brexit Tuesday when the House of Lords voted to give parliament the final say on how Britain leaves the European Union.

Peers voted by 366 to 268 to amend the bill empowering May to trigger Article 50 of the EU's Lisbon Treaty -- the formal notification of Brexit, which she has promised to issue by the end of March.

She remains confident she will meet that deadline, but the defeat is a setback -- as well as a taster of the domestic opposition she could face in the coming months of complex EU negotiations.

The amendment would give parliament the power to reject the final Brexit deal agreed with the EU -- a move critics said was akin to a "veto" which would bind the government's hand in negotiations.

Lawmakers would still be constrained by the strict Article 50 timetable, which means Britain will leave the EU after two years whether it has a deal or not.

The defeat comes after the Lords voted last week to include in the bill guarantees for more than three million European citizens living in Britain after Brexit.

Brexit minister David Davis said the result was disappointing", and accused some in the Lords of seeking to "frustrate" the process of leaving the EU.

"It is the government's intention to ensure that does not happen. We will now aim to overturn these amendments in the House of Commons," he said.

The bill is expected to return on March 13 to the elected lower chamber, where May's Conservatives have a slim majority.

With an eye on future parliamentary battles ahead, some Conservatives are urging a snap election to bolster May's support among MPs.

"The government could face many close votes, concessions or defeats as it tries to implement Brexit," former leader William Hague wrote in the Daily Telegraph.

However, changing the law to bring the election forward from 2020 would not be easy, and for now Downing Street is publicly ruling it out.

Incentive for a bad deal

May had urged the Lords not to amend the two-clause bill, saying it was designed only to implement the June referendum vote for Brexit.

She had agreed to let parliament vote on the final terms of the divorce, including any new trade deal to compensate for Britain leaving Europe's single market.

But this vote would only occur if May accepted the agreement on offer, and she has warned she would rather walk away with nothing than accept a bad deal.

Opponents fear this scenario would cause chaos, as all trade deals and contracts between Britain and its 27 former EU partners would become void overnight.

The amendment says only parliament can make that call.

Former Conservative minister Michael Heseltine was among 13 Tory rebels who backed the motion, put by the opposition Labour party.

He warned the future was highly uncertain and lawmakers could not give the government a blank cheque.

"I must make clear that in accepting the mandate to negotiate our withdrawal from the European Union, I do not accept that the mandate runs for all time and in all circumstances," he said.

But another Tory grandee, Nigel Lawson, said the amendment would allow parliament to "prevent Brexit altogether by refusing to allow the UK to leave the EU without agreement".

Last week's amendment on EU nationals dashed May's hopes of securing approval for the bill this week, ahead of an EU summit starting on Thursday.

While she should be able to overturn it in the Commons, reports suggest she could face a rebellion of up to 20 of her Tory MPs on the amendment on a final vote.

Among them is former minister Anna Soubry, who warned: "If we are faced with a potentially catastrophic 'falling off a cliff', the least we can do is provide a parliamentary safety net."

The government had one success on Tuesday, when an amendment on holding another referendum on the final Brexit deal was defeated by 336 votes to 131.