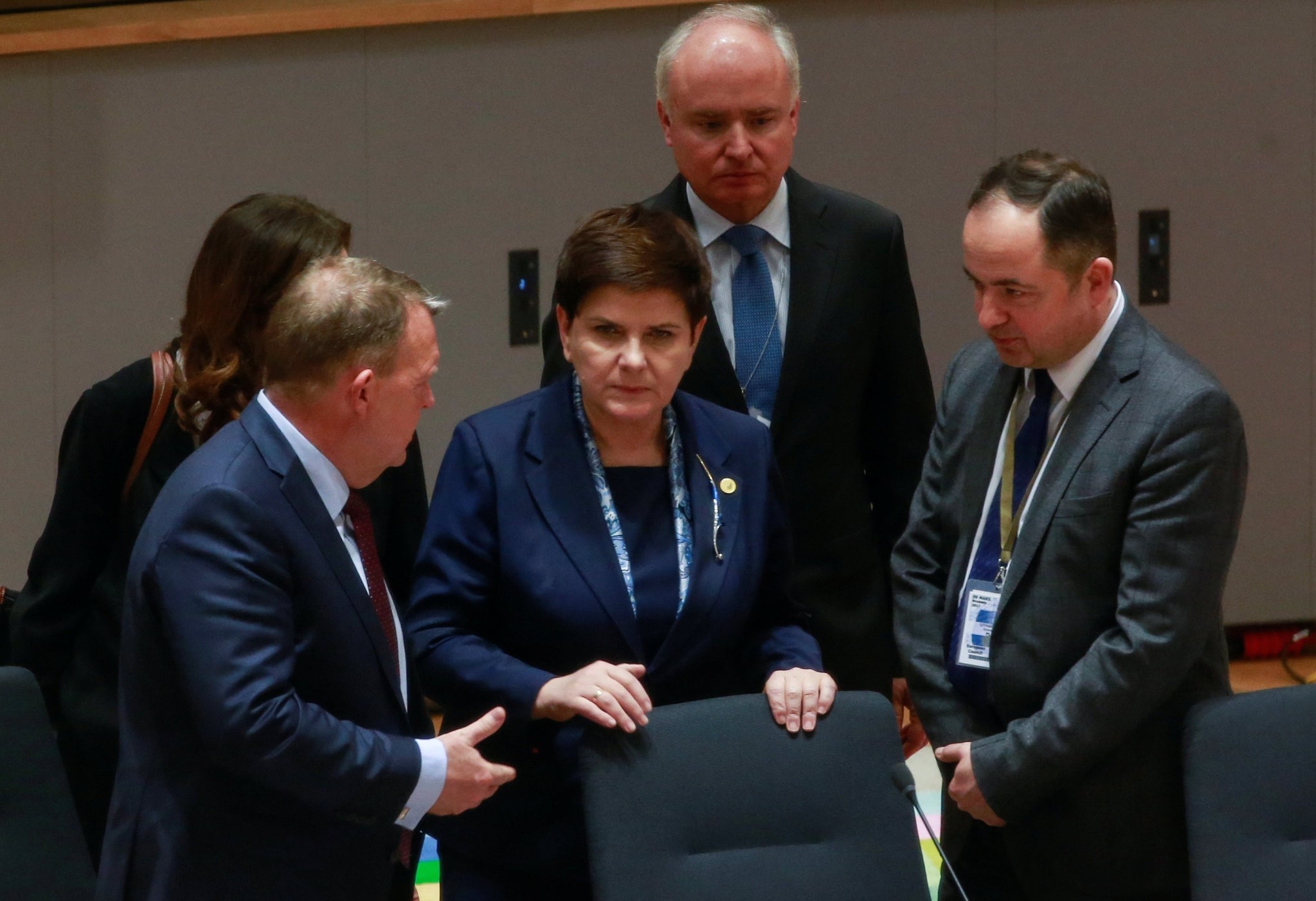 "I've confirmed that I will not accept the conclusions of the European Union summit," Szydlo told reporters after a meeting of leaders in Brussels at which former Polish premier Tusk won a second term by 27 votes to one.

"My position is very clear, I won't accept the summit conclusions, so the summit won't be valid," a visibly embittered Szydlo said.

The re-appointment of Tusk set "a very dangerous precedent", she warned.

Faced with Poland's block, the summit conclusions will instead be released as a national communique by Malta, which holds the EU's six-month rotating presidency, officials said.

Poland's rare veto comes after the rightwing government in Warsaw for weeks accused its EU counterparts of riding roughshod over its opposition to renewing Tusk's mandate.

Szydlo said Poland had "very clear arguments against him as president of the council. He was not able to remain neutral or impartial and the heads of states of governments should have considered this".

The summit communique, which needs to be agreed unanimously to take effect, was meant to have contained conclusions on EU talks on the economy, migration and instability in the Balkans, as well as Tusk's re-election.