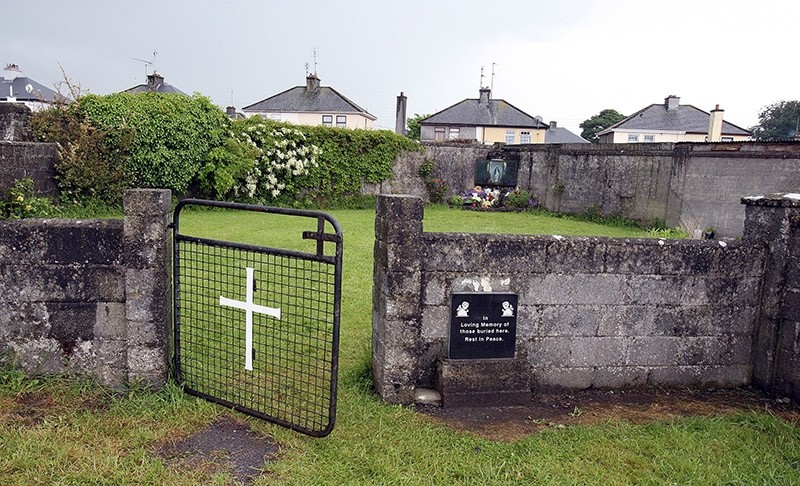 Peter Mulryan's little sister may lie buried among the bones of babies and toddlers found in the sewers of what was once a home for unmarried mothers in the Irish town of Tuam, but he wants to know for sure.

The announcement last week by an official inquiry that it had found "significant quantities" of remains at the site has horrified Ireland, reviving anguish over how women and children were once treated at state-backed Catholic institutions.

The number of bodies is unknown, but a trail of paper evidence suggests there could be close to 800.

For Mulryan, who was born to an unmarried mother in 1944 and spent the first four years of his life at the Tuam home before being fostered, the grim discovery brings hope that he may find out what happened to Marian, the younger sister he never knew.

"What I am looking for now is: where is she?" Mulryan told Reuters in an interview at a hotel near his home in Ballinasloe, a short drive away from Tuam. Both are small towns in rural County Galway in the west of Ireland.

"I would like to see her remains removed out of there and we'll give her a dignified funeral," said the soft-spoken father of seven and grandfather of eight.

The infant mortality rate at Church-run institutions was significantly higher than in wider Irish society, and it is likely that other unmarked mass graves will be discovered.

Death certificates mostly blame infections like measles, gastroenteritis, bronchitis, tuberculosis, meningitis and pneumonia, but nobody has established why children were so much more likely to die than in the general population.

Marian was baptized, and her death certificate states she died from convulsions at the age of nine months. She was one of 796 babies and children recorded to have died at the Tuam home, and whose burial place is unknown.

"It hangs over me, not knowing what happened to her," said Mulryan, who only learnt of Marian's existence a few years ago.

In the past, Ireland's strict Catholic morality made it deeply shameful to become pregnant before marriage, and women would be rejected by their families and society as sinful.

Mulryan's mother Delia was one of an estimated 35,000 Irish women who passed through Catholic mother-and-baby homes in the 20th century to have their babies in secrecy.

The power of the Church and the stigma associated with unmarried mothers were so overwhelming that for decades the harsh treatment of these women and their children were taboo subjects, and many were forgotten.

Run by nuns from the Bon Secours order, the Tuam home operated from 1925 to 1961 and was demolished in the 1970s. Now, an estate of low-rise, modest homes stands on the site, with a large playground tucked away behind some back yards.

'No respect at all'

It is beneath a patch of grass near the playground that the remains, ranging from 35-week-old fetuses to three-year-old toddlers, were found in test excavations.

Work on the burial site has been halted for now, and it has been fenced off. Visitors have placed a few bunches of fresh flowers and a teddy bear outside the gate.

The Bon Secours nuns have made no comment about why babies' corpses were interred in a sewer. They have said they transferred the home's records to the local authority when the home closed in 1961.

It was only through the dogged efforts of amateur local historian Catherine Corless, who made it her mission to investigate the history of the home in her own free time, that the existence of the mass grave was exposed.

"I just felt I had to do it for them. The drive came to get justice for them," said Corless. "I felt they were just discarded as litter, just because they were so-called illegitimate."

As a result of Corless's research, a commission of inquiry into 18 mother-and-baby homes across Ireland, including Tuam, was set up in 2014.

"If something happened in Tuam, it probably happened in other mother-and-baby homes around the country," said Archbishop of Dublin Diarmuid Martin in 2014.

Mothers would typically spend about a year at homes like the one in Tuam before being parted from their babies and sent away. Many left Ireland and started new lives elsewhere. Others, like Delia Mulryan, were imprisoned in the notorious Magdalene laundries where "fallen women" were forced into unpaid labor.

As for the children, some were fostered, some adopted and some remained in the mother-and-baby homes until they could be sent to live at state-funded, church-run orphanages known as Industrial Schools, where they would be taught to work.

Peter Mulryan was among many who experienced ill treatment and neglect by foster families who used them as farm laborers.

"We were nobody. We received no respect at all," said Mulryan, who for much of his life was so acutely aware of his low status that he kept his head bowed and never spoke of his origins.

As an adult, Mulryan traced his mother and visited her several times in the Magdalene laundry where she spent the rest of her life. When his first daughter was born, he took her to his mother, who held the baby in her arms. But she never revealed that she had also had a baby girl of her own.

The Church's prestige and authority have been greatly diminished over the past two decades by a series of scandals over pedophile priests, abuse at Magdalene laundries, forced adoptions of illegitimate babies and other painful issues.

"We had to bow to priests and bishops, but we never got respect back. So few have lifted the phone and apologized to me. It's the least they might do. Speak form the heart, from the altar, about what was done to the likes of us," said Mulryan.

Since the finding of the baby remains at Tuam was announced, the scandal has dominated the headlines in Irish media and prompted an outpouring of emotion. On Monday night, state television broadcast the names of all 796 of the lost children, which scrolled down the screen to the sound of mournful music.

Prime Minister Enda Kenny has addressed parliament about the Tuam mass grave, which he called a "chamber of horrors".

"Tuam is not just a burial ground, it is a social and cultural sepulcher ... We did not just hide away the dead bodies of tiny human beings, we dug deep and deeper still to bury our compassion, our mercy and our humanity itself," he said.

In his Sunday homily at the local cathedral, Michael Neary, Archbishop of Tuam, said he was "horrified and saddened" and spoke of "great suffering and pain for the little ones and their mothers".

But some of the relatives of the lost babies of Tuam are not satisfied with these responses.

"Words are words. We want action. Is this an apology to women and children? No," said Anna Corrigan, whose two brothers John and William Dolan are recorded as having died at the home.

"How can we get closure? You have to take our DNA. You have to DNA all the remains. You have to set up a DNA database. We need answers," she said in an interview at her home in Dublin.

Born in 1956, Corrigan grew up as an only child. It was only much later in life, after her parents had died, that she investigated her family history and found out her mother had had two baby boys at the Tuam home in 1946 and 1950.

Both died very young. She has a death certificate for John, but no information at all on what happened to William.

"I was deprived of having two brothers. I grew up thinking I was an only child. Now I've had to reverse my place in the family. I'm a third child. I have two children who don't have their uncles," she said in an interview at her home in Dublin.