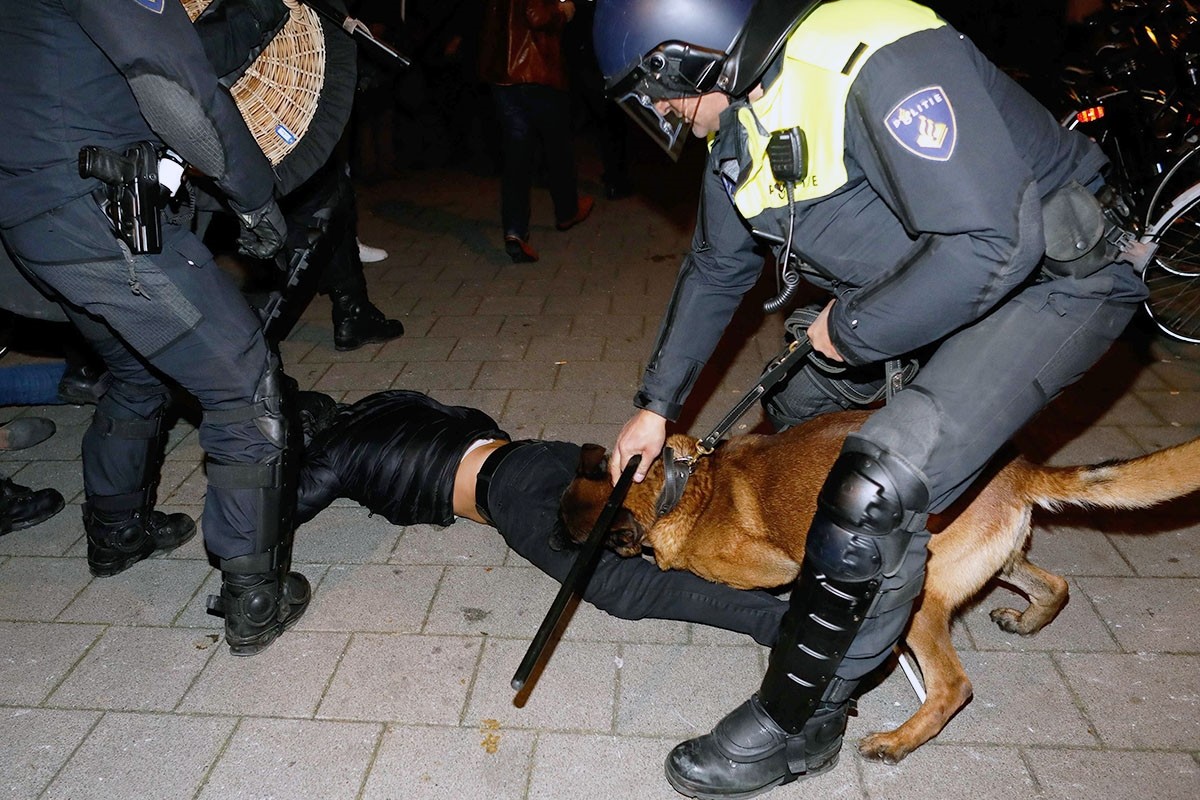 Hundreds of demonstrators waving Turkish flags gathered outside the Turkish consulate in the Dutch city of Rotterdam on Saturday, demanding to see the Turkish minister as Rotterdam police used force to disperse the crowd.

Kaya said that the Dutch police used dogs and horses to attack the protesters.

An officer hit one of the protesters with his baton until the man collapsed, and afterwards released his dog on the man lying on the ground.

The dog bit the man's leg for seconds as he shouted.

Police erected metal barriers and patrolled on horseback to keep the demonstrators away from the consulate as the crowd grew with more Turkish protesters from Germany.