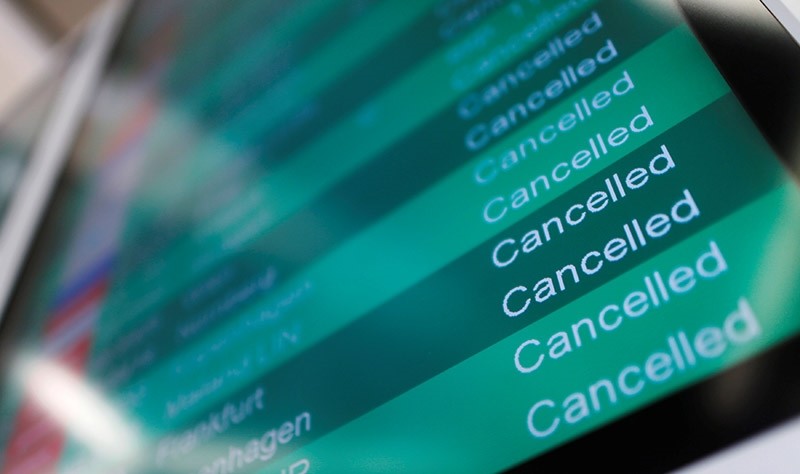 Ground staff at Berlin's two airports went on strike Monday for the second time in four days, forcing the cancellation of hundreds of flights.

The ver.di union called on staff at the Tegel and Schoenefeld airports to walk out from 4 a.m. (0300 GMT) Monday until 5 a.m. (0400 GMT) Tuesday, then extended the strike by another 24 hours until early Wednesday.

The strike follows an all-day walkout on Friday. Airport authorities said 465 departures from Tegel, the busier airport, and 195 from Schoenefeld were canceled on Tuesday — most of the flights planned for the day.

Ver.di argued that another walkout was necessary because employers hadn't reacted to the previous strike and made a new offer in their wage dispute.

Those affected by the strike included Berlin Mayor Michael Mueller, who had to set off on a planned trip to Moscow from Dresden, more than 160 kilometers (100 miles) away.