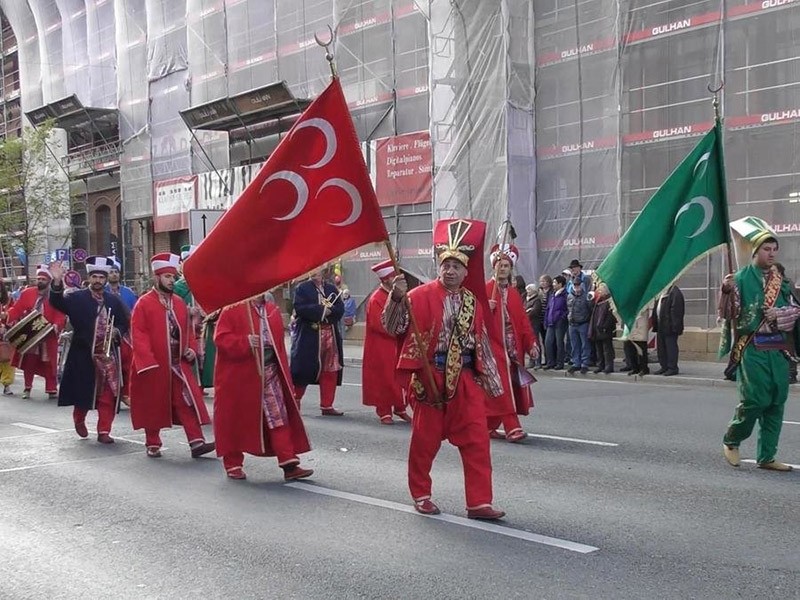 For years, the Ottoman military band has been banned from swinging Ottoman flags at the popular harvest festival parade in the city of Fürth in Germany's Bavaria state. Recently, the Fürth municipality revoked this ban on the grounds that it was based on a misunderstanding.

After the flag ban was abolished, a press conference was held Monday at the Turkish-Islamic Union for Religious Affairs (DITIB) building.

In addition to the members of the Fürth City Council, the chairman of the DITIB Fürth office and chairmen of several other Turkish associations attended the press conference, during which the letter signed by Head Mayor Dr. Thomas Jung and Mayor Markus Braun was read aloud.

The letter elaborated that the city of Fürth and the chairmen of Turkish associations had a previous meeting and discussed the participation of the Ottoman military band in the harvest festival parade.

"The city banned the flags, because it assumed that they were political flags of Turkish parties. However, the associations told us that they are only historical flags of the former Ottoman Empire. We were also told that the Ottoman military band plays a cultural role, not a political one," the letter said explaining the decision of Fürth to revoke the flag ban.