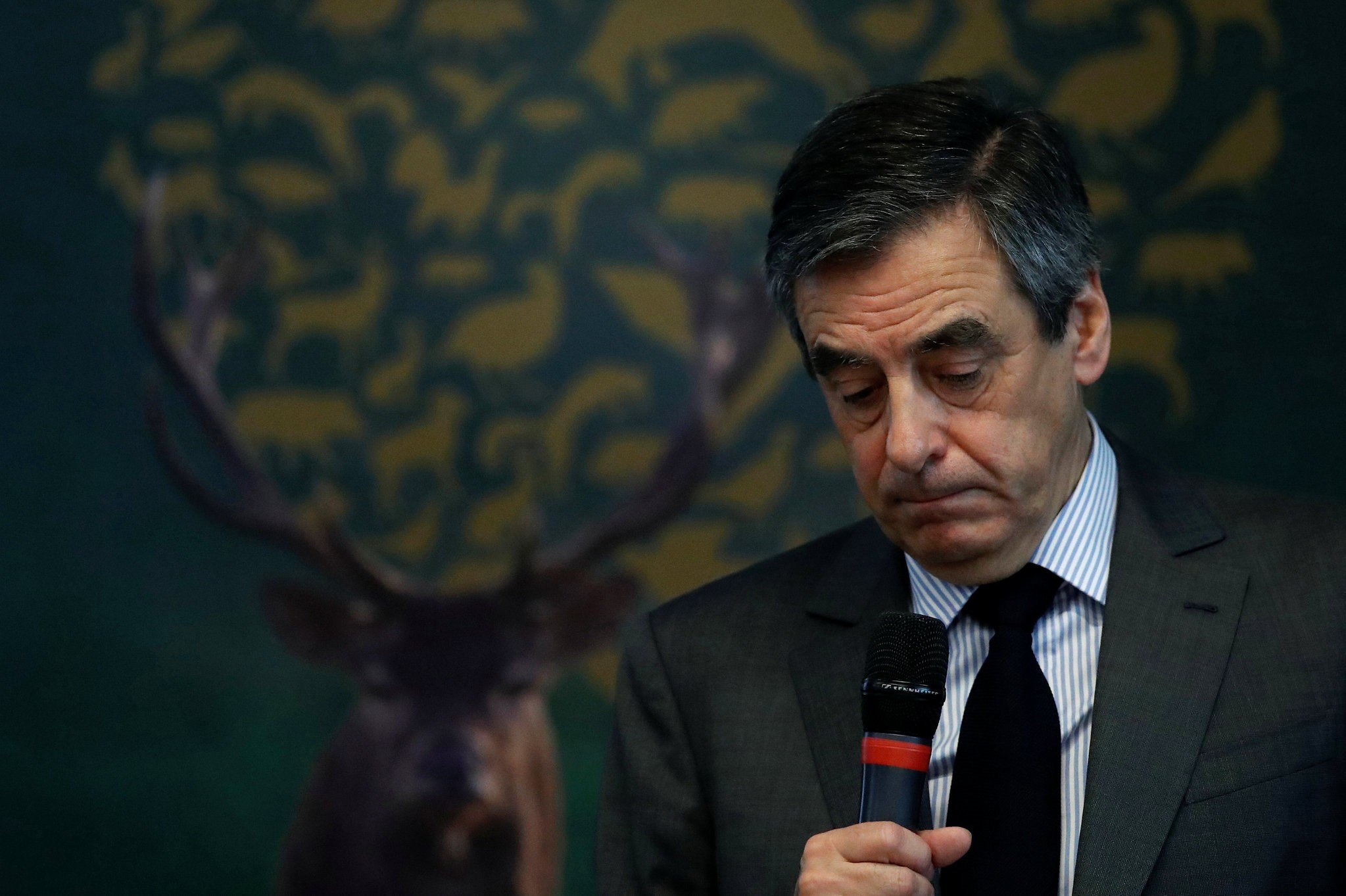 French presidential candidate Francois Fillon was put under formal investigation on Tuesday over misuse of public funds in the fake jobs scandal involving his wife, the prosecutor's office said.

The 63-year-old conservative candidate was put under formal investigation on suspicion of diverting public funds, complicity in misappropriating funds, receiving the funds and not declaring assets fully, a judicial source said.

Fillon's lawyer could not immediately be reached for comment. The former prime minister, who has for weeks denied any wrongdoing and said he is the victim of a "manhunt", had initially said he would answer a summons to go and see examining magistrates on Wednesday and not Tuesday.

Under French law, being put under formal investigation means there is "serious or consistent evidence" that points to probable involvement of a suspect in a crime. It is a step towards a trial, but a number of such investigations have been dropped without going to court.

Fillon's campaign has taken a very serious hit since the scandal broke out late January in the satirical weekly Le Canard Enchaine, which alleged that he paid his wife, Penelope, hundreds of thousands of euros as his parliamentary assistant for work she might not have done.

Fillon has said he would maintain his bid as the candidate of The Republicans party in the April-May presidential election even if he went under formal investigation.