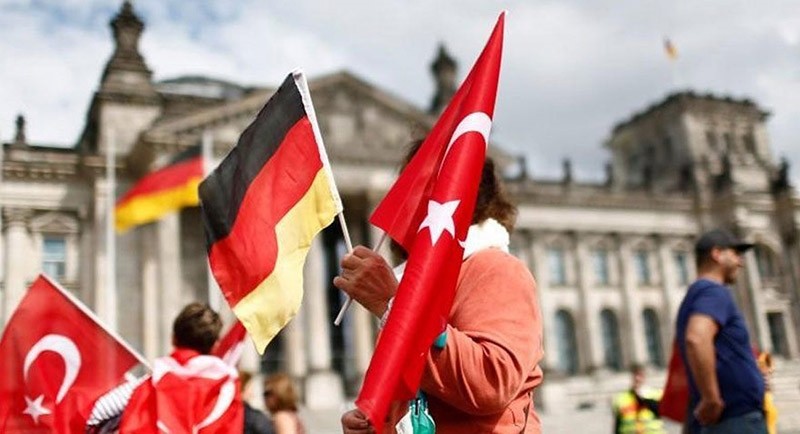 Germany's northwestern state of Saxony-Anhalt has announced that it has decided to ban rallies held by Turkish politicians, following in the steps of fellow German state Saarland, which announced its Turkish rally ban on Tuesday.

Saxony-Anhalt's state premier Reiner Haseloff told German daily Bild on Wednesday that President Recep Tayyip Erdoğan was welcomed to Germany to discuss bilateral relations, however he would not allow him to address Turkish citizens in a rally in his state.

Both Saxony-Anhalt and Saarland have quite a small Turkish community compared to other German states.

The German Interior Ministry also confirmed that there were no planned events of Turkish politicians in these states.

German media even reported that Saarland's state premier Annegret Kramp-Karrenbauer banned Turkish rallies to get more votes in the upcoming state elections on March 26, whereas Saxony-Anhalt took this decision after its state elections.

German-Turkish relations have been strained over the past few weeks, after a planned and previously announced meeting of Justice Minister Bekir Bozdağ with Turkish citizens in the German state of Baden-Württemberg was cancelled only a few hours before the event due to alleged security reasons.

German media reported that numerous German politicians demanded to prevent the appearance of Bozdağ as well as other Turkish ministers beforehand.

In response to the ban on his meeting, Justice Minister Bekir Bozdağ canceled his entire trip to Germany, where a meeting with his German counterpart Heiko Maas was also planned.

Bozdağ was not the only Turkish minister whose program was canceled by German authorities. An official from the city of Cologne said a March 5 event, where Economy Minister Nihat Zeybekçi was to hold a rally through the Union of European Turkish Democrats (UETD) was also canceled.

Germany is home to nearly 3 million Turkish immigrants and around half are eligible to vote in Turkey's upcoming April 16 referendum on the proposed constitutional reform for a transition to a presidential system.