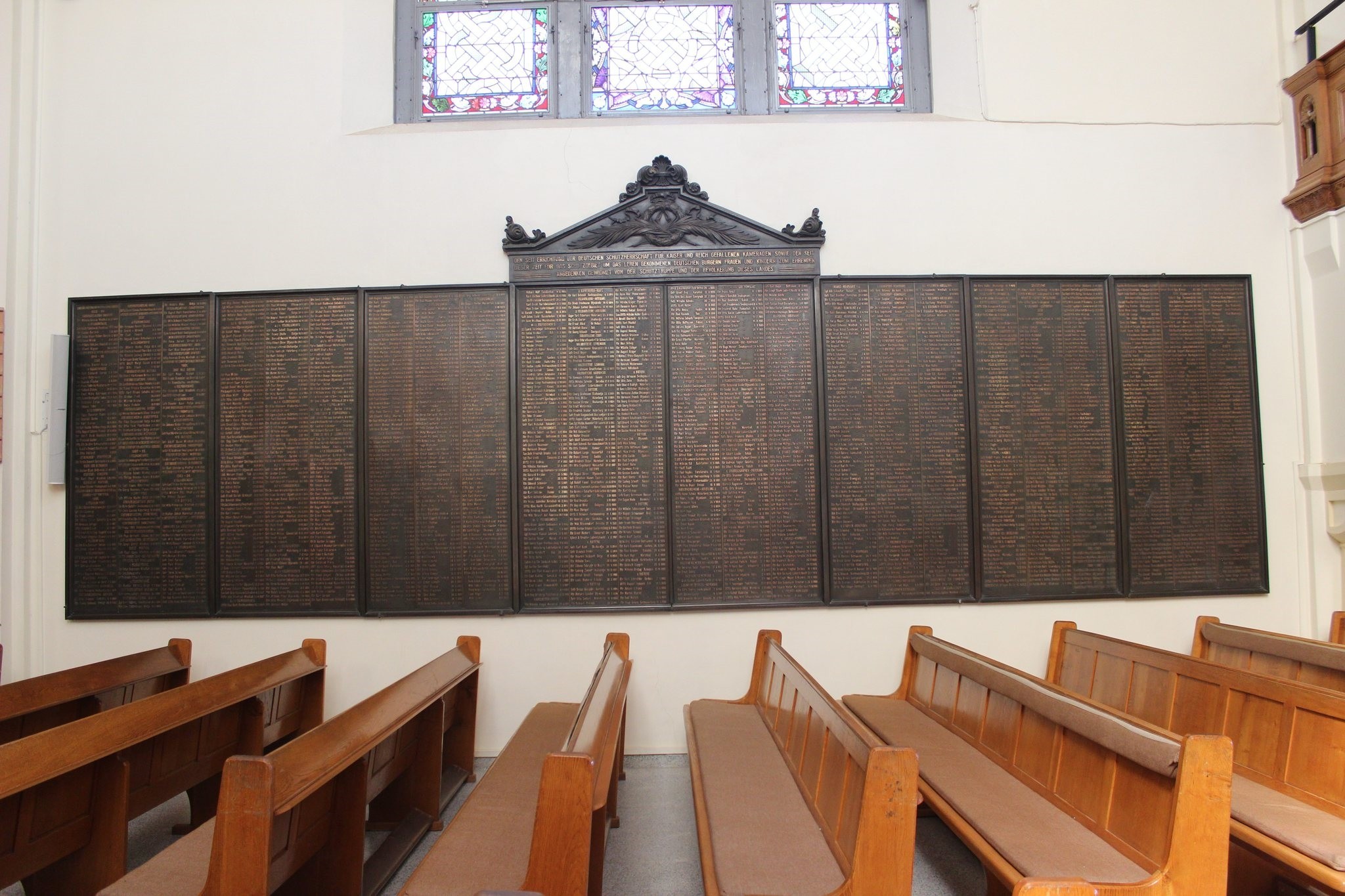 On the wall of Christ Church in Windhoek's Center, the names of German soldiers are written, who are responsible for killing thousands.
by Compiled from Wire Services
Mar 16, 2017 12:00 am

More than a century after a long-hushed genocide took place in Namibia while under German colonial rule, descendants of the victims, Herero and Nama indigenous people, are getting their day in court in New York for the first time Thursday.

The hearing in US District Court lasted only about 10 minutes. No representative of the German government attended.

Kenneth McCallion, a lawyer representing the indigenous groups, said he was surprised that no one from Germany had appeared. McCallion said the indigenous people in the southern African country are simply asking for a place at the table in order to participate.

Germany, which last year recognized the killings as a genocide, is currently negotiating with Namibia on an official apology. The Foreign Ministry said the negotiations were taking place in an atmosphere of mutual trust and were constructive. It said the government had not been summoned to the proceedings in New York.

The Herero and Nama have accused Germany of excluding their representatives from the talks and have complained about Berlin having ruled out direct compensation to victims' descendants.

The next hearing is scheduled to take place in July, but could occur sooner if Germany participates.

About 300,000 Herero and Nama currently live in Namibia. Their descendants in January sued Germany regarding the killing of more than 100,000 people from 1904-08, when the Herero and Nama rebelled against colonial rule.