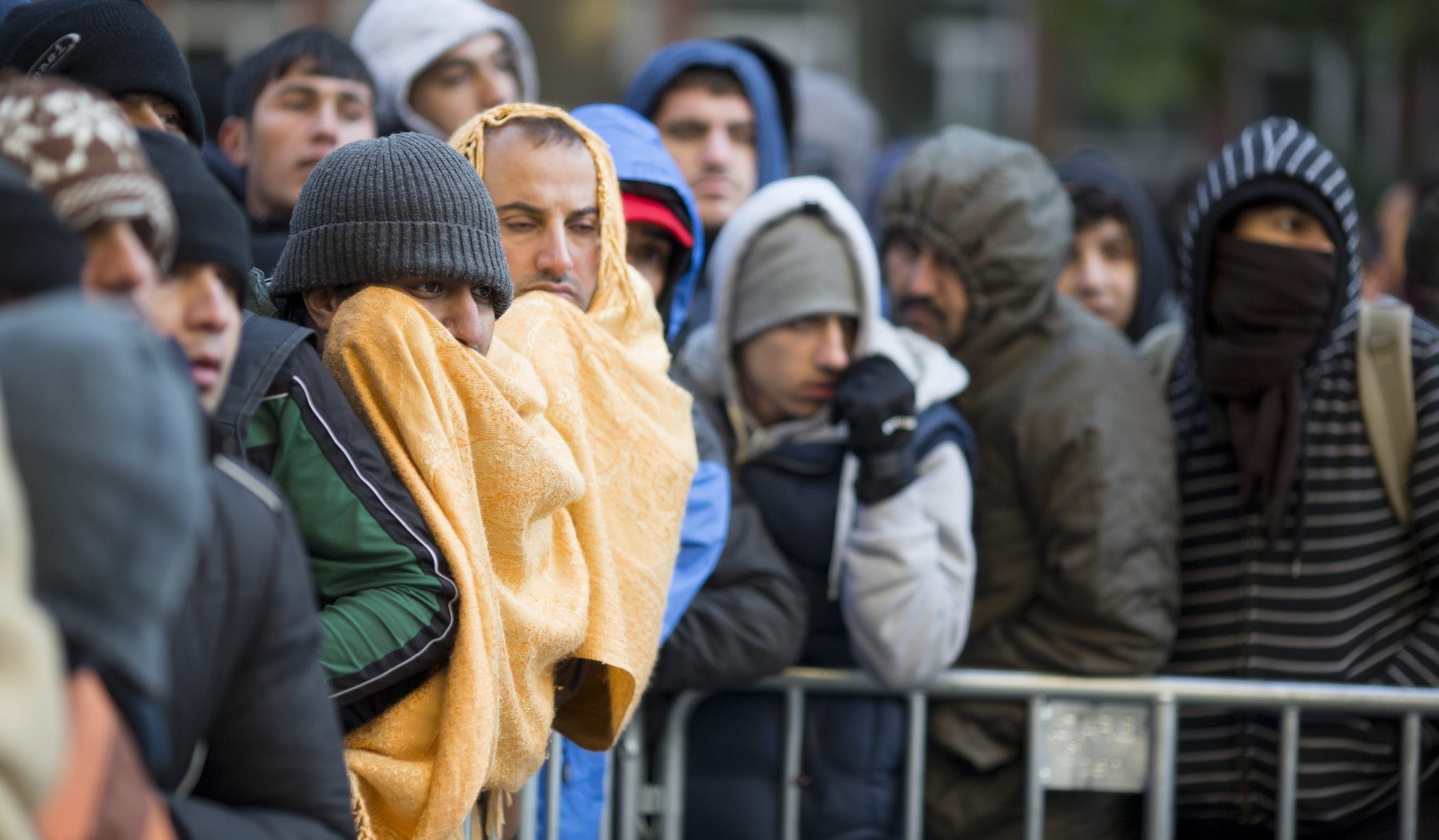 Refugees wait for registration and allocation of a sleeping place on the premises of the State Office of Health and Welfare in Berlin, Germany, early 12 October 2015. (EPA Photo)
by Daily Sabah with AFP Mar 16, 2017 12:00 am

Some 1.2 million people sought asylum in the European Union last year, just slightly lower than in 2015 as conflict and upheaval in Syria and elsewhere keep driving people from their homes, EU figures showed Thursday.

Germany, which accepted nearly one million refugees in 2015, took in about 60 percent of the total number of migrants, some 722,300, Eurostat said.

The fact that the overall 2016 number was only slightly lower than that of 2015 likely reflects delayed recording of asylum requests and the fact that many people do not submit their application immediately on arrival in an EU member state, although under the rules they are supposed to do so.

The main feature of 2016 was the dramatic fall from about one million to around 363,000 migrant arrivals in Greece after an EU-Turkey accord in March that year, according to the International Organization for Migration.

However, Turkish President Recep Tayyip Erdoğan said on Thursday that Turkey may revoke the refugee deal with the EU.

Turkey and the EU signed a refugee deal in March 2016, which aimed to discourage irregular migration through the Aegean Sea by taking stricter measures against human traffickers and improving the conditions of nearly three million Syrian refugees in Turkey.

The deal included a 6 billion euro ($6.8 billion) aid package to help Turkey care for the millions of refugees hosted in the country. However, Turkey has so far received only 677 million euro.

In a joint statement in November 2015, the EU and Turkey confirmed their commitments to re-energize the accession process.

However, "the issue of severing the agreement should be solved at the level of the president or the premier," Çelik said.