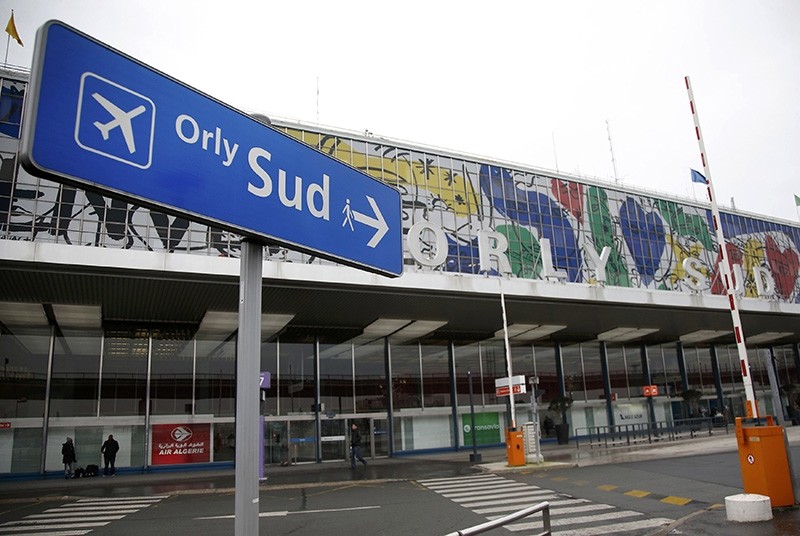 Gunshots fired Saturday in Paris Orly Airport and a suspected attacker was reportedly killed by soldiers patrolling the airport, while evacuation of the terminals and a police operation are underway.

A man was killed after trying to seize weapon of soldier guarding the airport. The man fled into a shop at the airport before he was shot dead, an interior ministry spokesman told AFP. He said there were no people were wounded in the incident.

All flights from and to Orly were suspended. The airport and all aircraft is being scanned to make sure there aren't any explosives.

The French National Police confirmed in a tweet that an ongoing police operation is underway in Orly, and urged people to not to cross the security perimeter and follow the instructions.

The thwarted attack at Orly airport has been linked to the shooting of a police officer earlier north of Paris, police said.

The earlier shooting took place in the northern suburb of Stains on the other side of the city.

A man travelling by car opened fire during a routine stop-and-search operation, slightly wounding one officer in the head, police said.

In a similar incident to Orly, a machete-wielding attacker was shot and seriously injured by soldiers guarding the entrance of Paris landmark Louvre Museum on Feb. 03.