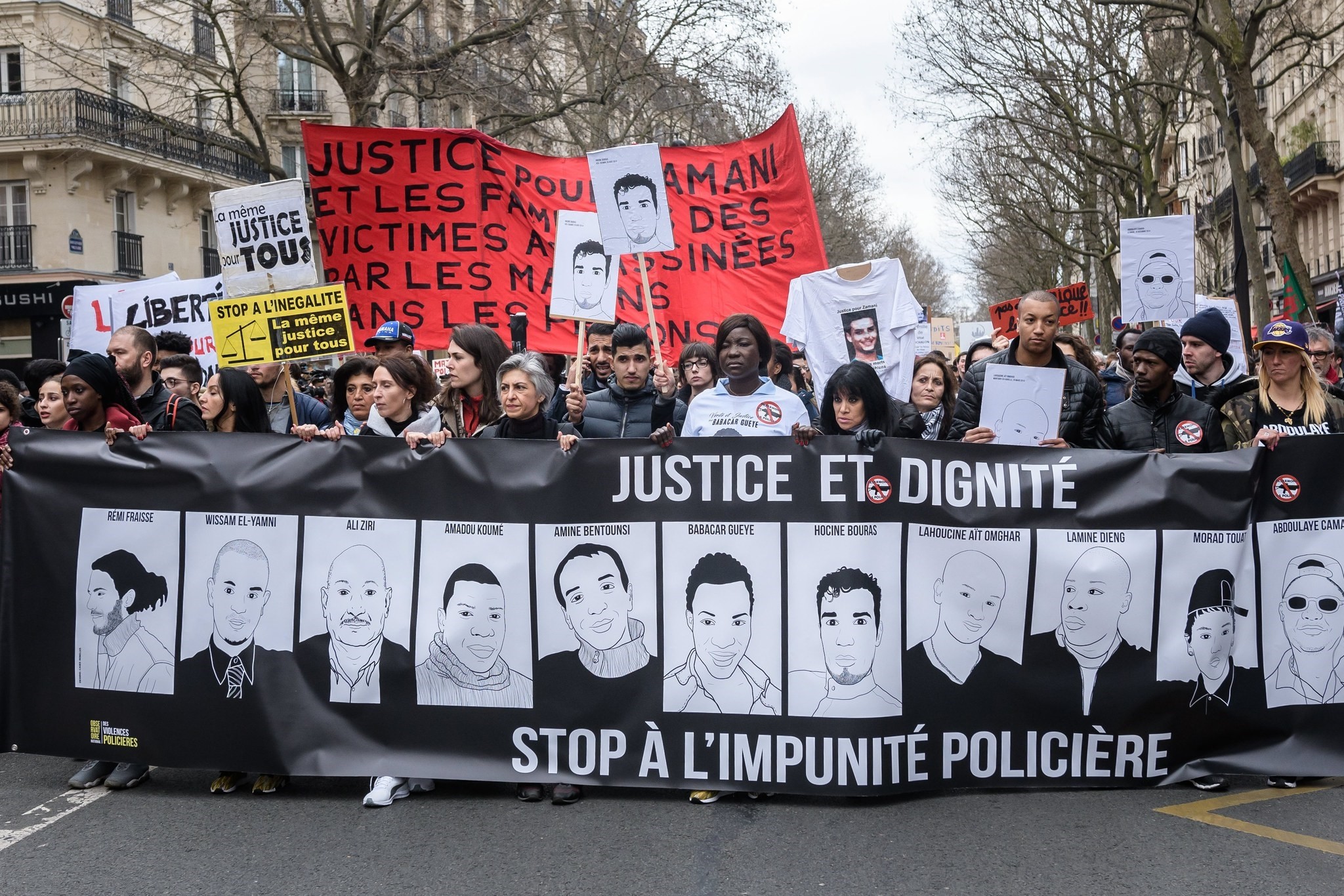 Demonstrators march with posters of their relatives killed or injured during a protest against police's violence in Paris, France, 19 March 2017. (EPA Photo)
by Mar 19, 2017 12:00 am

French police fired tear gas in clashes with hooded demonstrators in Paris on Sunday as thousands marched against "police brutality" after the alleged rape of a black youth with a police baton.

The February attack on the man, identified only as a 22-year-old named Theo, cast a spotlight on rough policing methods in France and triggered riots in the gritty suburbs surrounding Paris.

He said one of the officers assaulted him with a baton, which led to rape charges against him. Four officers have been suspended pending an investigation.

The Paris protesters chanted "no justice, no peace", "police everywhere, justice nowhere" or "emergency, emergency, police are killing with impunity".

Police in riot gear used tear gas against some of the masked protesters who hurled back the canisters, AFP pictures showed.

Many in the crowd -- who wore hoods, face masks, and sunglasses -- carried anarchist flags.

"We would like for justice to be served," co-organiser Amal Bentounsi told the crowd. Her brother Amine was shot dead in the back by an officer who has convicted on appeal to a five-year suspended sentence.

"My brother's killer was convicted but there are other families for whom it is not the case."

"There are too many police killings, they have to stop," said Fatiha Bouras, who said she is the mother of a victim.

"It's only Arabs and blacks who die."

In October 2005, the death of two teenagers who were electrocuted while hiding from police in an electricity substation sparked weeks of riots. Around 10,000 cars were set ablaze and 6,000 people were arrested.