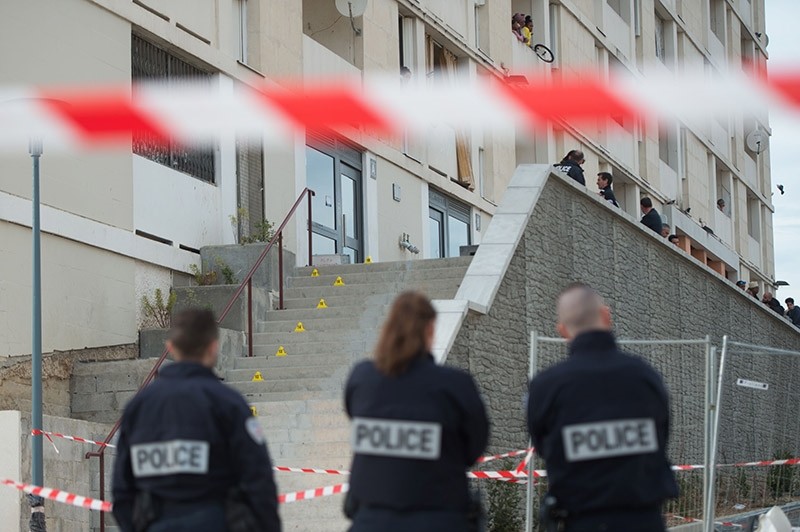 Police officers stand guard at the entrance of an apartment block of the Cite des Lauriers in the northern 13th district of Marseille on March 18, 2017 (AFP Photo)
by Compiled from Wire Services Mar 20, 2017 12:00 am

Paris police are searching for possible explosives at the headquarters of the national financial prosecutor after a phone-in bomb threat.

A Paris police official says the building is being evacuated Monday and explosives experts are at the site in central Paris, near the Garnier Paris opera house. The official, who wasn't authorized to be publicly named, says that empty bomb threats are a frequent occurrence in the French capital.

The prosecutor's office spokeswoman says that employees are waiting outside the building while the search is underway.

France remains under a state of emergency after a string of deadly terrorist attacks.

The financial prosecutor's office has been at the centre of a number of high-profile cases in recent weeks, including investigations into allegations of financial wrongdoing by leading presidential candidates Marine Le Pen and Francois Fillon.