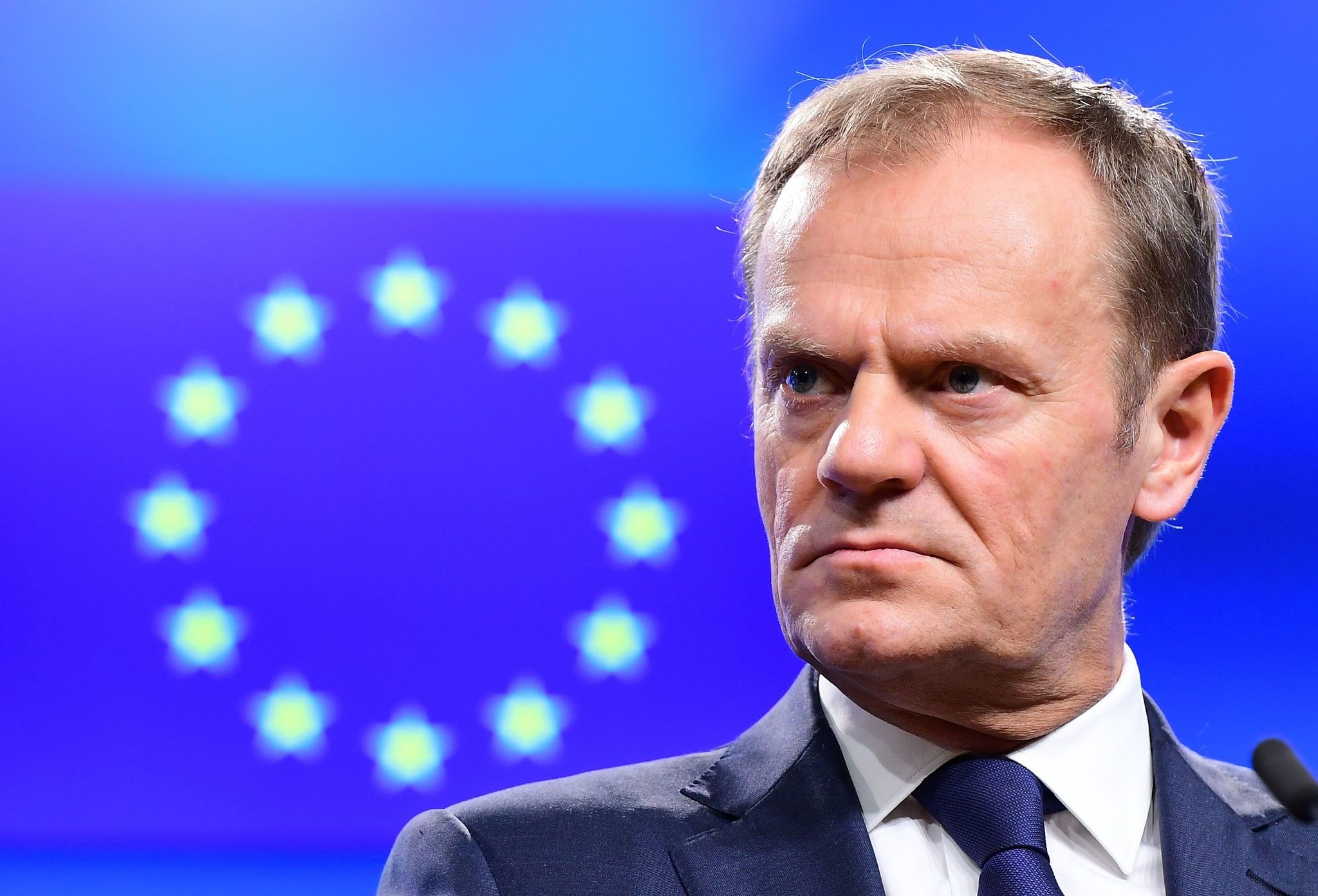 Leaders of the European Union will hold a summit on April 29 to adopt guidelines for the negotiations over Britain's departure from the bloc, European Council President Donald Tusk said Tuesday.

The summit will be the first step towards defining the terms of Britain's divorce from the EU, which will be set in motion by an official notification to be sent to Brussels on March 29, a date that was announced by the British government on Monday.

"We must do everything we can to make the process of divorce the least painful for the EU," Tusk said.

The two sides will have until March 2019 to agree on a divorce settlement and — if possible — establish a new relationship between Britain, the world's No. 5 economy, and the EU, a vast single market containing 500 million people. If both sides agree, the negotiating deadline can be extended.

Britons voted in a June referendum to leave the EU after more than 40 years of membership.

Tusk stressed again how unfortunate he thought it was for Britain to leave, but said that the first task now was "to create as much certainty and clarity as possible for all citizens, companies and member states that will be negatively affected by Brexit, as well as our important partners and friends around the world."

The summit will give EU negotiator Michel Barnier a framework to deal with the British side. Tusk is expected to make his proposals for the guidelines before the end of the month.