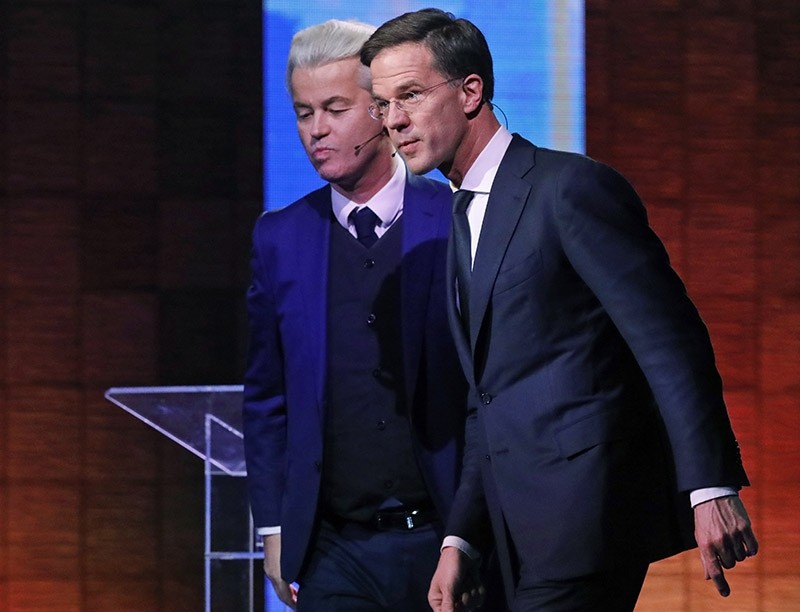 The conservative party of Dutch Prime Minister Mark Rutte and three other parties agreed Thursday to begin talks about forming the next ruling coalition, but warned that there are major differences to bridge before a deal can be struck.

The leaders of the four parties — Rutte's VVD, the Christian Democrats, the social democratic D66 and left-wing Green Left, said after initial exploratory talks at the Dutch Parliament that they are willing to enter formal discussions.

"I am prepared to talk more but ... the political differences between these parties are significant," Rutte told reporters.

Despite losing seats, the VVD topped elections last week for the 150-seat lower house of Parliament and is in line to lead the next coalition. The Christian Democrats, D66 and Green Left all made gains in the election.

The second biggest party, anti-Islam firebrand Geert Wilders' Party for Freedom, has been ruled out of coalition talks by all major parties.

While Rutte's VVD, the Christian Democrats and D66 are considered natural coalition partners because of their mostly similar election platforms, Green Left has a socialist agenda that includes a more welcoming immigration policy and pledges to slash the Netherlands' carbon emissions.

"This coalition is far from the ideal coalition for us," party leader Jesse Klaver said. "There are different parties with major differences but we're going to see if we can bridge those differences and if we can achieve our ideals."

Klaver, whose party jumped from four to 14 seats at the election, will be nervous about joining a right-leaning Cabinet led by Rutte.

The junior party in the last ruling coalition with the VVC, the center-left Labor Party, was hammered at the election, falling from 38 to just nine seats.