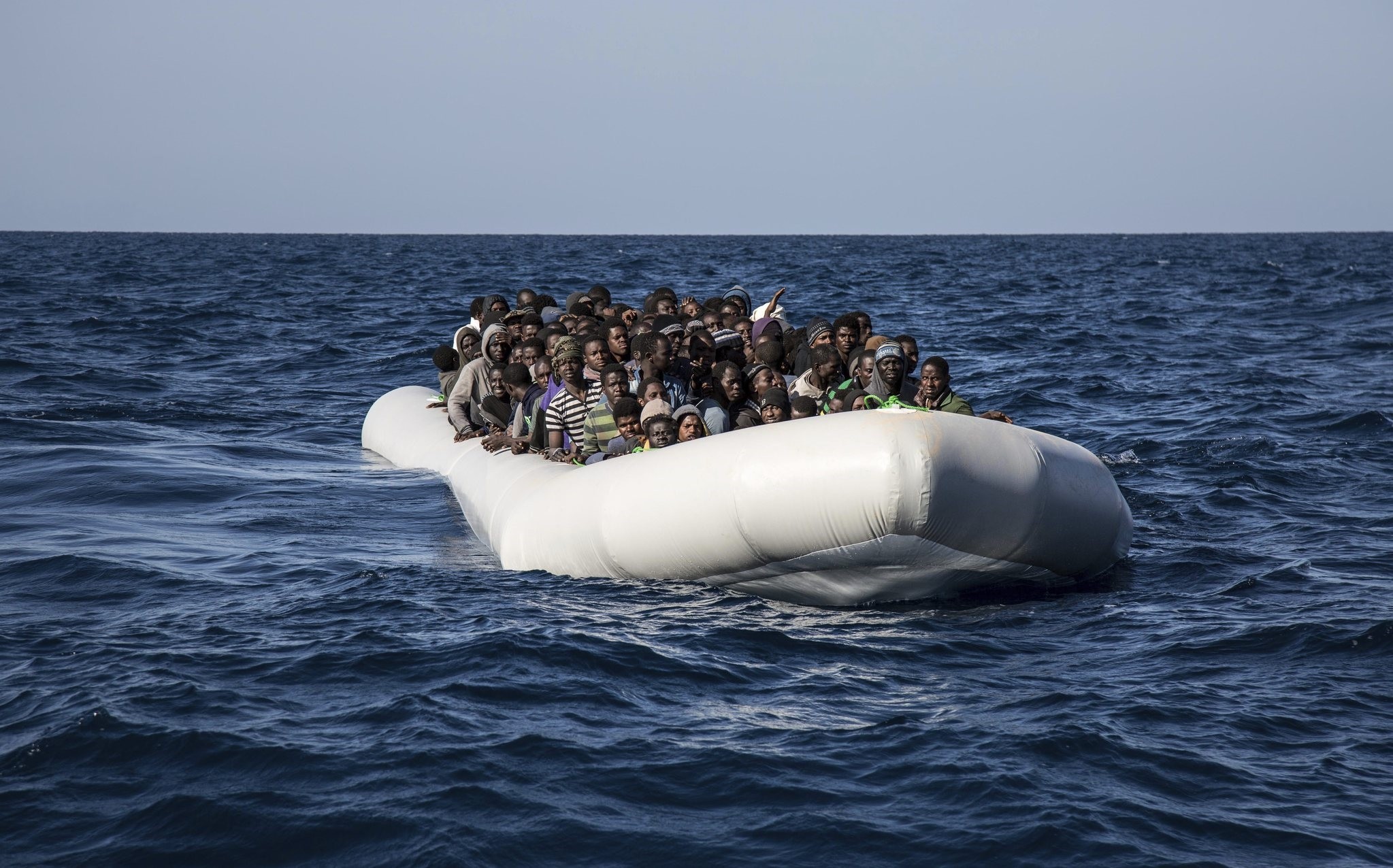 Migrants wait to board the MV Aquarius, after 193 people and two corpses were recovered Friday Jan. 13, 2017, from international waters in the Mediterranean Sea about 22 miles north of Sabrata, Libya. (AP Photo)
by French Press Agency - AFP Mar 23, 2017 12:00 am

An Italian prosecutor has stepped up his investigation into charity-funded migrant rescue boats in the Mediterranean after claims they are acting as a de-facto taxi service for people traffickers.

Vessels chartered by private organizations are in the spotlight amid accusations they not only encourage traffickers to set migrants out to sea by sailing as close to Libyan waters as possible, but also come to the rescue when the smugglers call.

Prosecutors are looking into how the rescue vessels are funded following questions over the amount of money being spent.

Rescuers say they are forced to patrol near Libya to save lives because the migrants are being loaded into overcrowded dinghies that are so flimsy they are destined to sink shortly after departure.

"It is impossible to rule out direct contact" between the non-governmental rescue vessels and traffickers in Libya, said Sicilian prosecutor Carmelo Zuccaro, who has been leading the probe but has not yet opened an official judicial inquiry.

"I am convinced that it is not always the operational center that calls on the NGOs," he told a parliamentary committee Wednesday, referring to the center in Rome which is supposed to coordinate all rescue operations in this stretch of the Mediterranean.

"It is a question that needs investigation," he said, as it would suggest traffickers either on land or onboard the migrant boats may be calling the rescue vessels directly, leaving them open to accusations of complicity.

SOS Mediterranee, which was named by the prosecutor, told AFP it was not in contact with smugglers.

"We do not have any autonomy in terms of operations, we do what we are told to do" by the Rome operations center, spokeswoman Amelia Giordano said.

Prosecutor Zuccero said his office was probing the "abnormal" level of funds that have allowed even small agencies to deploy ships.

The Maltese organization Moas was the first to launch a private rescue vessel in the summer of 2014.

Those with one or more boats in the area in 2016 included German NGOs Sea Watch, Sea Eye and Jugend Rettet, as well as the Dutch Lifeboat Project, the Spanish Proactiva Open Arms and Moas.

Italian admiral Enrico Credendino, commander of the EU's anti-trafficking operation Sophia, said the NGOs do attract migrant boats, at least in the dark.

"At night they use large floodlights, the traffickers see them and send the dinghies (carrying migrants) towards the lights," he said in an interview with the Corriere della Sera daily.

Most of the rescue boats were docked at port through the winter, but the Aquarius -- charted by SOS Mediterranee and Doctors Without Borders (MSF) -- continued to pull thousands of people to safety, along with the Golfo Azzuro, run by Proactiva Open Arms.

In a report cited in December by the Financial Times daily, the EU's border control agency Frontex raised the possibility that traffickers were putting migrants out to sea in collusion with the private ships that recover them and bring them to Italy "like taxis".

The allegation was slammed by MSF as "extremely serious and harmful".

It said the NGOs were "not the cause but a response" to a humanitarian crisis, and had been forced to act because Frontex was failing to prevent migrant deaths at sea.

Despite rough winter seas, the departures from Libya have continued unabated. Over 5,000 migrants have been saved since Sunday, bringing the number brought to Italy since the start of 2017 to over 21,000, a sharp rise on the same period in previous years.