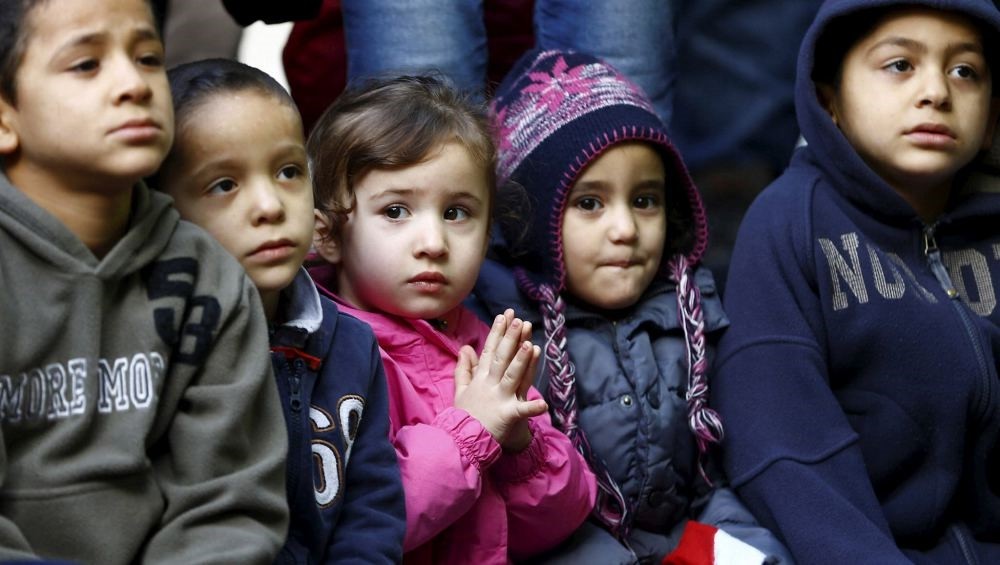 Child refugees in Germany spend months or years in shelters where they sometimes witness or are exposed to violence and abuse.
by Compiled from Wire Services Mar 23, 2017 12:00 am

Germany has accepted around 350,000 refugee children and teenagers since 2015. However, the German government provides inadequate housing and health care as many of them are exposed to violence and sexual abuse, UNICEF reported

Many child asylum-seekers in Germany still have to spend long periods in unsafe and overcrowded shelters, and some have only limited access to education and don't receive adequate health care, according to a new survey released by the U.N. children's agency Tuesday.

The UNICEF study on the situation of the 350,000 children and teenagers who have arrived in Germany as asylum-seekers since 2015 said they often spend months or years in shelters where they sometimes witness or are exposed to violence and abuse.

Only a third of the children living in shelters have access to schools and kindergartens, it said. While they do have adequate access to emergency health care, they don't get the same medical treatment as German children when it comes to chronic and psychological illnesses, the study added.

"Children who have lost their homeland and experienced horrible things have to quickly find their way back to normality," said Christian Schneider, the director of UNICEF Germany. "First and foremost, kids are not asylum seekers, migrants or refugees, but simply kids."

While calling for further improvement in helping refugee children, the study applauded huge efforts German authorities and communities made to provide accommodation and emergency supplies in 2015 and early 2016, when more than one million migrants arrived in the country, many from war-torn countries like Syria, Iraq and Afghanistan.

Still, many children now spend more than six months in cramped shelters. They also often feel stigmatized and excluded because of their asylum-seeker status, the study said.

"The children should stay for as little time as possible in asylum shelters and get as quickly as possible into kindergartens, schools and job training ... so they don't lose more precious time of their childhood," Schneider said.

Some 447 employees and volunteers working at asylum shelters were questioned anonymously for the online study from May to September 2016. Eighteen interviews with refugee families as well as interviews with 13 children and youth welfare experts were used to complement the study.

Germany's 2015 decision to open its doors to Syrian refugees, and to effectively suspend Dublin rules for them, brought 890,000 asylum seekers in one year alone. But the move by Chancellor Angela Merkel has proved controversial, and the government has since sought to bring numbers down since then.

German society has been polarized by the influx of some 890,000 asylum seekers in 2015 with another 213,000 applying in the first nine months of 2016. Although many fewer migrants have entered the country in 2016, parties on the far right have called for an immigration cap.

Violent crimes against migrants and arson attacks on asylum shelters and mosques have increased in frequency, and refugees say they have experienced discrimination and abuse since the Cologne attacks. The anti-foreigner sentiment is reshaping German politics as well, with the populist Alternative for Germany (AfD) party surging as it campaigns against Chancellor Angela Merkel's open-door policy.
RELATED TOPICS