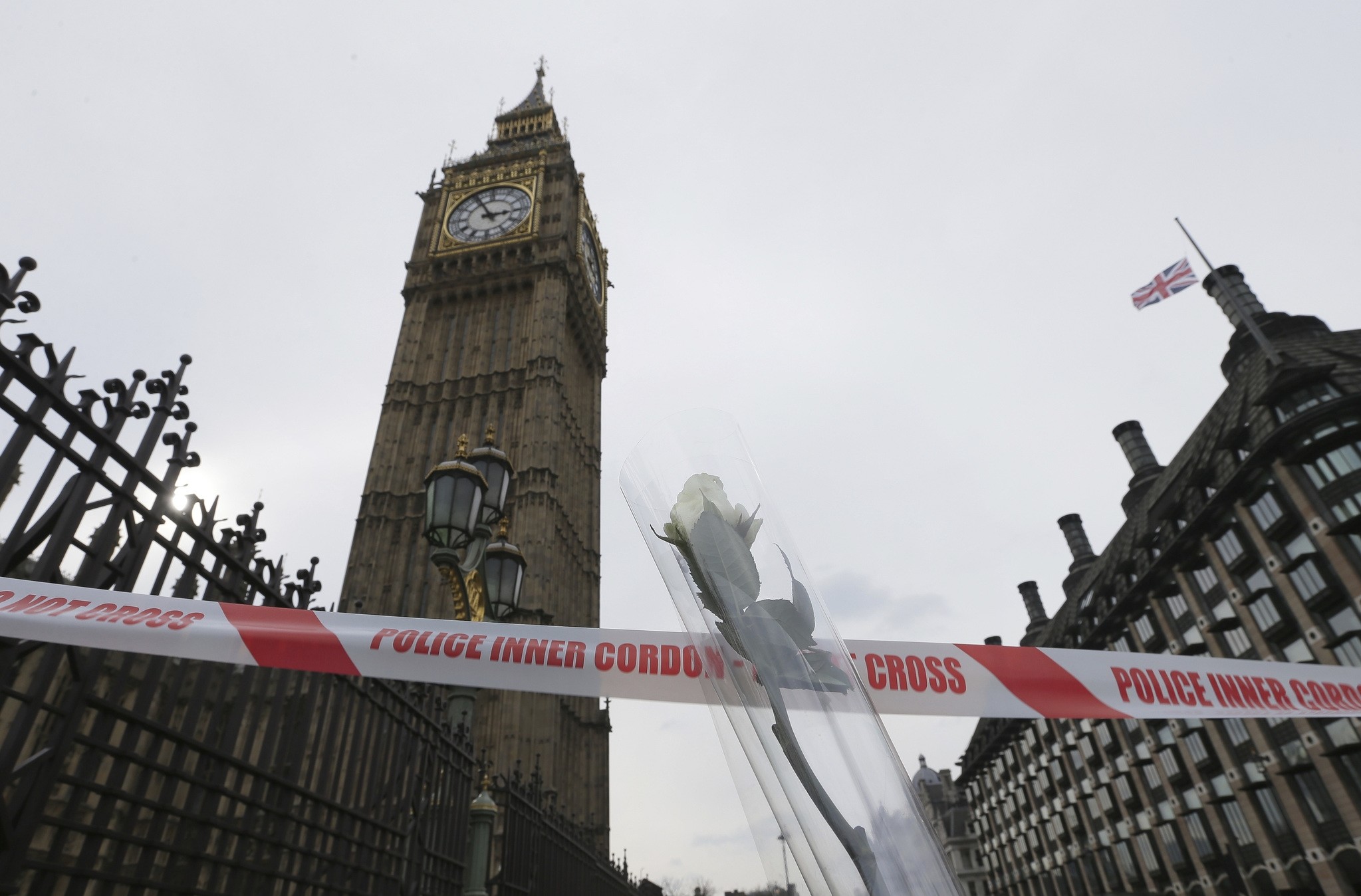 A singles white rose, a tribute to the victims of Wednesday's attack, is placed near the Houses of Parliament in London, Thursday March 23, 2017.
by Associated Press Mar 23, 2017 12:00 am

The man who mowed down pedestrians and stabbed a policeman in a deadly assault on the British parliament was identified by police on Thursday as 52-year-old Khalid Masood.

London's Metropolitan Police said in a statement that Masood was known by "a number of aliases".

He was born in Kent in southeast England and had been living in the West Midlands, which includes the city of Birmingham where there was an armed police raid overnight in connectiong with Wednesday's assault.

Police said Masood had a range of convictions for assault including grievous bodily harm, possession of offensive weapons and public order offences ranging from 1983 to 2003.

However, it said Masood had never been convicted of any terrorism offences and that he "was not the subject of any investigations and there was no prior intelligence about his intent to mount a terrorist attack".

Earlier Thursday, Prime Minister Theresa May said the man behind the attack had once been investigated by the intelligence service MI5 "in relation to concerns about violent extremism".