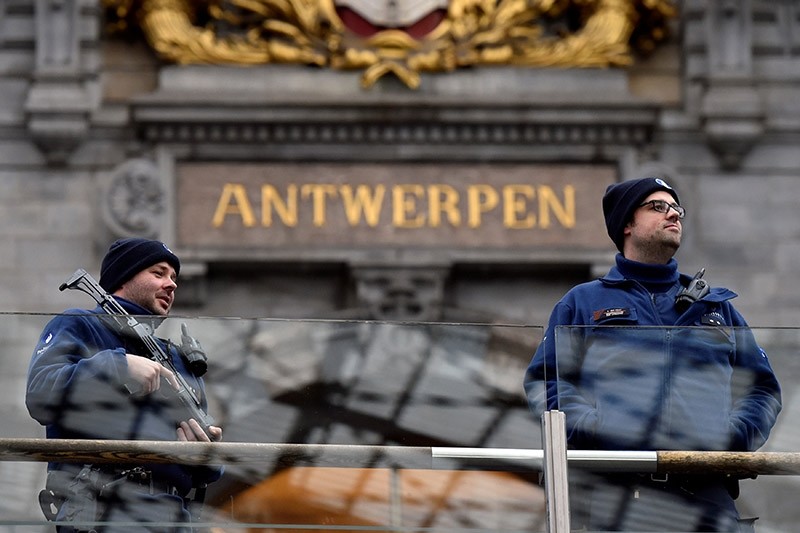 Belgian police arrested a man on Thursday after he tried to drive into a crowd at high-speed in a shopping area in the port city of Antwerp, a police chief said.

Belgian prosecutor in charge of the case said that a rifle and bladed weapons found in the car, and the suspect is a French national.

The incident came a day after an attack on the British parliament killed three people plus the attacker, as well as after the first anniversary of the Brussels attacks in which 32 people died.

"A vehicle with French plates has tried to drive at high speed into the Meir (shopping street). A man in camouflage was taken away," Muyters told a news conference.

"The pedestrians had to jump aside," he said.

"My gratitude on behalf of all Antwerp to the soldiers who have intervened, the police services and the special intervention force," Antwerp mayor Bart de Wever tweeted.

'Continue to be vigilant'

Prime Minister Charles Michel said the government was "following this situation as it develops" in the Flemish-speaking northern city.

"We continue to be vigilant. Our security services did an excellent job in Antwerp, thanks," he tweeted.

Meir is the main shopping street in Antwerp's historic center and is mostly pedestrianized. It is one of the most important shopping areas in the country.

With soldiers deployed at key sites, Belgium has been on high alert since March 22 last year when suicide bombers attacked Zaventem airport and Maalbeek metro station that left 32 people dead and more than 320 wounded.

Belgium suffered a further shock in August when a machete-wielding man shouting attacked two policewomen in the industrial town of Charleroi.

He badly injured one in the face, before a third officer shot him dead.

Daesh terrorists have claimed responsibility for a number of attacks using vehicles in Europe in recent months, including Wednesday's carnage in London.

Attackers rammed lorries into crowds in the French city of Nice in July last year killing 86 people and a Christmas market in the German capital Berlin last year.

On Wednesday, Belgium's King Philippe and Queen Mathilde led ceremonies commemorating the Brussels bombings, which were also claimed by Daesh.

Interior Minister Jan Jambon told AFP in the runup to the anniversary that tighter security had made Belgium safer than it was a year ago.

However he said it faced the threat of continuing radicalization at home and from battle-hardened fighters returning from Middle East battle fields.

Belgium's federal prosecutor Frederic Van Leeuw told AFP in November that the cell that carried out the Brussels bombings, and was involved in the Paris attacks, had got its orders from high up in the Daesh command.

Numbering around 500, Belgium is the European Union's largest per capita source of so-called foreign extremist fighters, but Jambon said none had left the country for the Middle East since January 2016.