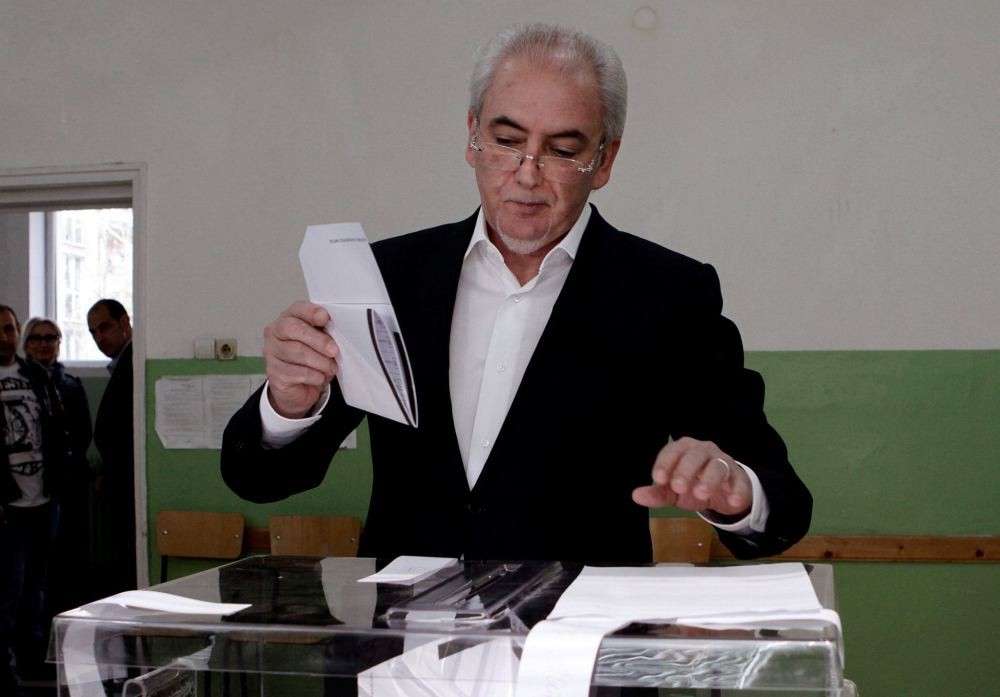 After a series of obstacles for Turkish voters in Bulgaria, the ethnic Turkish MRF party is set to enter the Balkan country's next parliament while the DOST party missed the 4 percent minimum for seats in the parliament

After the fifth Bulgarian election since 2013, Bulgaria's center-right GERB party faced the prospect of lengthy coalition talks after an election victory tinged by the showing of pro-Russian Socialists, anti-migrant nationalists and an ethnic Turkish party. The Movement for Rights and Freedoms (MRF) whose founding members were predominantly Bulgarian Turks entered parliament having passed the 4 percent electoral threshold, winning 8.94 percent of the vote in Sunday's snap election.

Former Bulgarian Prime Minister Boyko Borissov's center-right GERB party has emerged as the largest group from Sunday's early general election, winning 32.55 percent of the vote, electoral commission figures revealed yesterday. With 95 percent of ballots counted, Borissov's Socialist rivals were second with 27.02 percent while the nationalist United Patriots coalition won 9.12 percent of the vote, according to the Central Electoral Commission in Sofia. The Volya Party led by Veselin Mareshki, owner of a national pharmacy chain, also entered parliament with 4.16 percent. Official results will be announced on Friday and the process of forming a new government will take place afterward.

Tensions between Bulgaria and Turkey recently escalated over claims Ankara is interfering in the election by favoring the Democrats for Responsibility, Freedom and Tolerance (DOST) coalition. Bulgarian citizens have been ready to vote in the country's third parliamentary election since 2013. Bulgaria issued a new law limiting the number of ballot boxes for Bulgarians living in Turkey to 35 - for an estimated 500,000 expat residents - a move the Turkish Foreign Ministry said was intended to hinder ethnic Turkish Bulgarians from voting.

A former Ottoman territory, Bulgaria has a large Turkish minority of about 10 percent, according to official census figures.

Borisov, 57, resigned as prime minister after his party lost the November presidential election to former air force general Rumen Radev, a Socialist, who favors closer relations with Russia. Parliament was dissolved in January, and the president appointed a caretaker government that will stay until a new government is formed.

Borisov, once a bodyguard for Bulgaria's last communist leader and its ex-king, has long dominated national politics, serving as premier from 2009 to 2013 and again from 2014 to 2017. But both times Borisov quit early, first in 2013 after mass protests and then last November after his candidate for the presidency was beaten by an air force commander backed by the BSP. And his reform efforts, in particular in meeting Brussels' demands to tackle corruption and organized crime, failed to get off the ground both times.