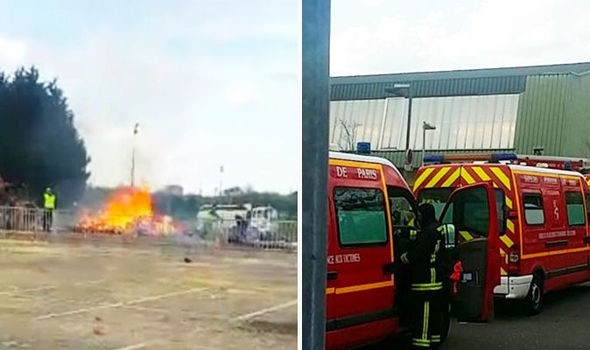 A violent explosion has rocked the Villepinte suburb of French capital Paris, injuring at least 20 people with three being in critical condition.

The blast occurred during the Villepinte Carnival, also known as the Yellow Carnival, around 5:30 p.m on Saturday.

According to first findings, the incident is considered an accident and a terror attack has been ruled out.

An effigy, which was made out of wood and straw, is believed to have caused the explosion after it was set alight on a bonfire as part of the festivities.

Le Parisien reported that one eyewitness saw "a man with a broken arm, a child with blood on his face, people running around to find their children," while RTL France said that over 1000 children were present at the popular carnival.

Dozens of emergency vehicles were immediately dispatched to the area for medical help.

A spokesperson for Villepinte Mayor Martin Valleton stated that is was an "unforeseeable accident."