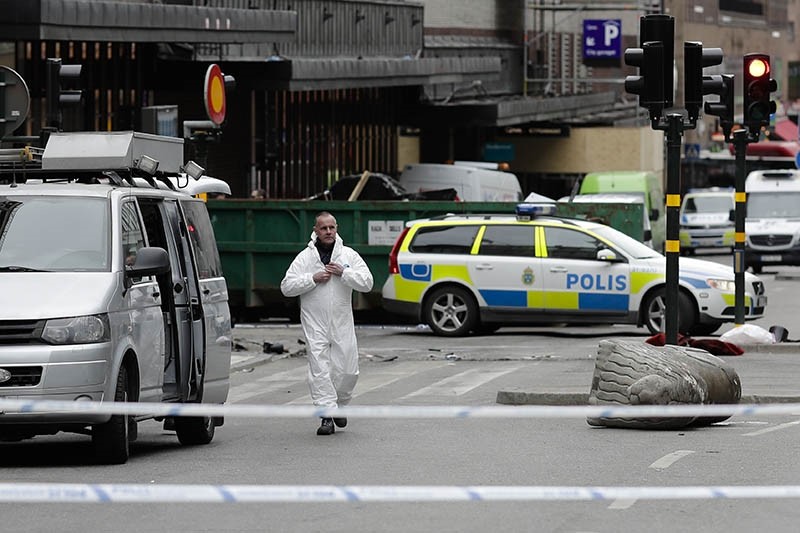 A street is cordoned off near the department store Ahlens following Friday's suspected terror attack in central Stockholm, Sweden, Saturday, April 8, 2017 (AP Photo)
by Compiled from Wire Services Apr 08, 2017 12:00 am

SVT says the device was in a bag, but did not explode.

Police spokesmen Lars Bystrom declined to confirm the report to dpa, saying "we never comment on what we seize."

Four people were killed and at least 15 injured when a stolen truck slammed into a crowd of people outside a busy department store in central Stockholm, in what the prime minister described as a "terror attack."

The incident occurred just before 1300 GMT on Friday at the corner of the Ahlens department store and Drottninggatan, Stockholm's biggest pedestrian street.

"Police received a call from SOS Alarm that a person in a vehicle has injured other people on Drottninggatan," police wrote on Twitter.

Pictures showed a large blue truck with a mangled undercarriage smashed into the store.

Witnesses described scenes of panic and horror and authorities quickly sealed off the area.

Swedish authorities said four people had been killed and children were among the 15 others injured, nine of them seriously hurt.