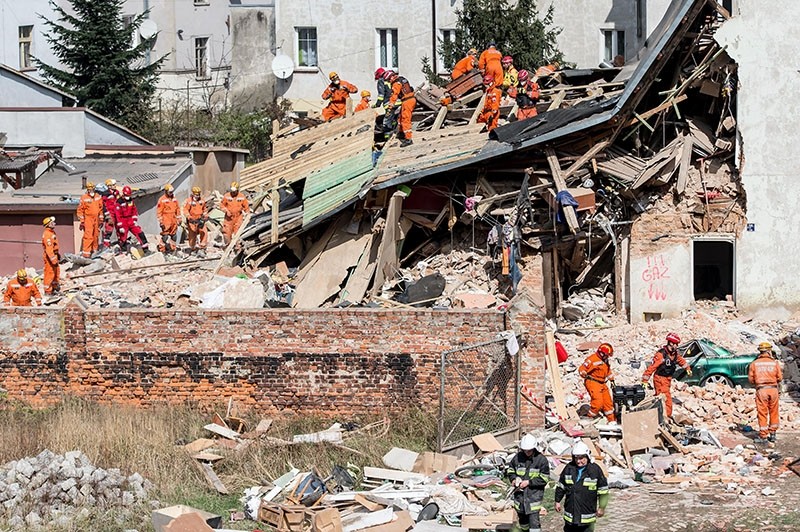 Polish emergency staff and firefighters work at the scene of a gas explosion that caused a tenement building to collapse in Swiebodzice, Poland. (EPA Photo)
by Associated Press
Apr 08, 2017 12:00 am

Three people were killed and four were injured when an apartment house collapsed in southwestern Poland, and rescuers were working to account for five others, authorities said Saturday.

Regional governor Pawel Hreniak said the search and rescue operation was expected to continue through Sunday.

Daniel Mucha, spokesman for firefighters in the city of Wroclaw, said the collapse occurred early Saturday in the town of Swiebodzice (Shvyeh-'boh-tchi-tseh). He said the collapse of two floors of the building might have been caused by a gas explosion. The injured were taken to hospitals in Swiebodzice and in Wroclaw.

Head of medical rescuers, Wojciech Kopacki, said two of the dead were schoolchildren.

Mucha said that 23 units of firefighters and dogs were searching the rubble.

The governor of Swiebodzice, Bogdan Kozuchowicz, said the pre-World War II building was recently renovated and had been in good technical condition.