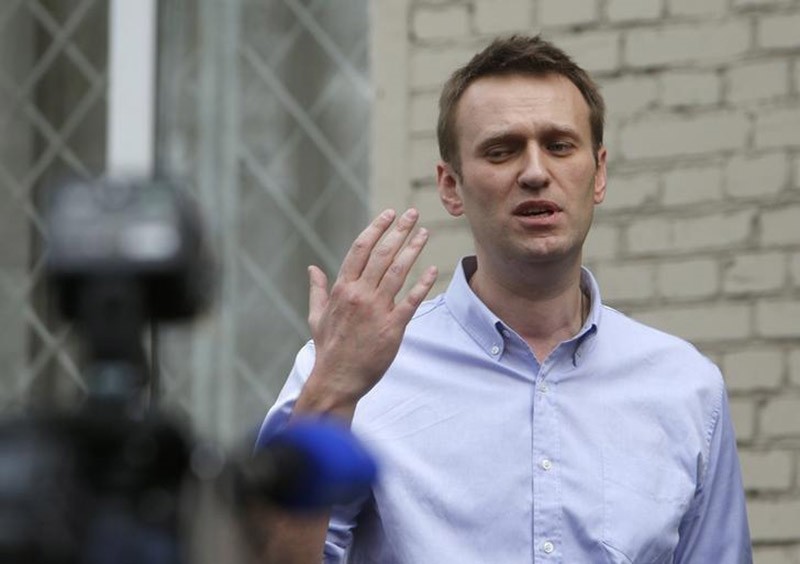 Opposition leader Alexei Navalny talks to the media after leaving a justice court building in Moscow, April 22, 2014. (Reuters Photo)
by Compiled from Wire Services Apr 10, 2017 12:00 am

Russian opposition leader Alexei Navalny was freed from jail on Monday after two weeks' detention for his role in Moscow's biggest political protest in years.

The opposition leader and anti-corruption campaigner was arrested on March 26 at the largest unauthorised demonstration of recent years in Moscow and found guilty of disobeying police orders.

Another 500 people were detained at the unsanctioned rally in central Moscow last month, according to an official estimate. Navalny's supporters attest the actual number was at least twice that.

On Monday afternoon Navalyn was released at the appointed time, his campaign director Leonid Volkov told several dozen journalists waiting outside the detention centre where he had been held in northern Moscow.

Police had moved Navalny to a different detention centre before releasing him, in an apparent attempt to avoid media coverage.

"We're waiting for Alexei here but he called me and said they moved him to another police station in Konkovo (south Moscow) and released him precisely at 2:28 pm (1128 GMT) when his 15 days ran out," Volkov said.

The European Parliament had urged Russia to release Navalny and the others arrested at the Moscow protest and rallies held the same day in dozens of other Russian cities.

Navalny has announced he intends to stand in 2018 presidential polls that Vladimir Putin is expected to contest for a fourth term.

The 40-year-old rose to fame with fiery speeches at mass protests over Putin's return to the Kremlin for a third term in 2012. He has harnessed the power of social media and YouTube to spread his message.