Fire extinguished by Moscow airport before US Sec. of State's arrival 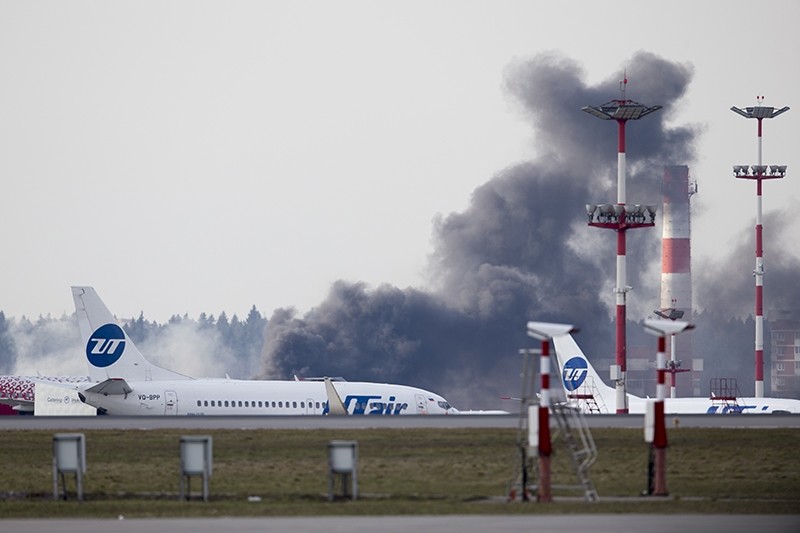 Smoke rises behind a runway just before US Secretary of State Rex Tillerson arrival in Moscow's Vnukovo airport, Russia (AP Photo)
by Compiled from Wire Services Apr 11, 2017 12:00 am

The fire that broke out next to the Moscow airport where U.S. Secretary of State Rex Tillerson was due to arrive has been extinguished, reports said on Tuesday.

A Reuters photographer at Moscow's Vnukovo airport said there was black smoke rising from a part of the airfield where planes are parked.

The emergency situations ministry said on Tuesday about 100 square meters of grass caught fire just outside the Vnukovo airport before Tillerson's plane landed.

Live footage from the scene showed tall clouds of black smoke billowing just over the tarmac.

Tillerson is in Moscow to meet with Russian officials about the civil war in Syria.

The airport said in a separate statement that the fire was outside the airport and it didn't affect its operations.

U.S. Secretary of State Rex Tillerson is due to land at the airport on Tuesday afternoon to begin a visit to Moscow. The photographer said when the smoke was spotted, Tillerson's aircraft had yet to land. Officials at the airport could not immediately be reached for comment.