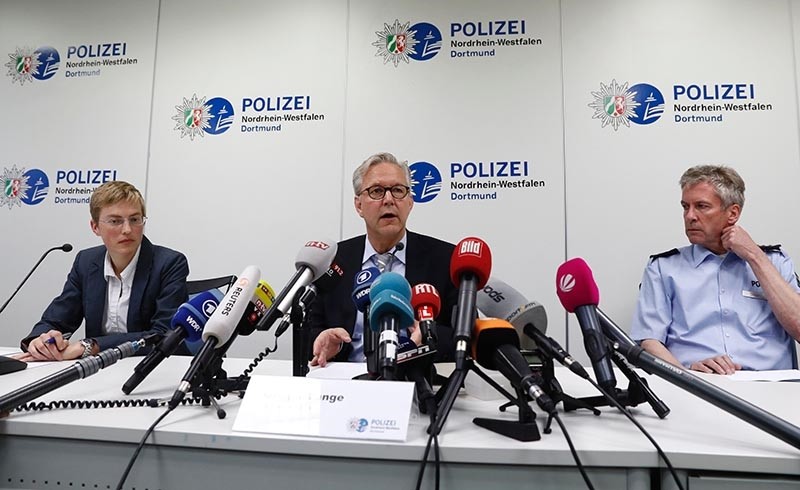 One of two suspects with Daesh background has been detained in connection with the attack on the Borussia Dortmund football team bus, a spokeswoman for the German federal prosecutor's office said Wednesday.

"Two suspects from the terrorist spectrum have become the focus of our investigation. Both of their apartments were searched, and one of the two has been detained," said lead prosecutor Frauke Koehle.

The interior minister of the German state of North Rhine-Westphalia described as "unusual" a letter claiming responsibility for Tuesday's attack on a bus carrying players from soccer club Borussia Dortmund.


Ralf Jaeger told reporters that police in North Rhine-Westphalia had again taken additional security measures in Dortmund, where Borussia and AS Monaco will face off for their postponed Champions League clash on Wednesday evening.