Offenses against asylum homes in Germany remain high in number 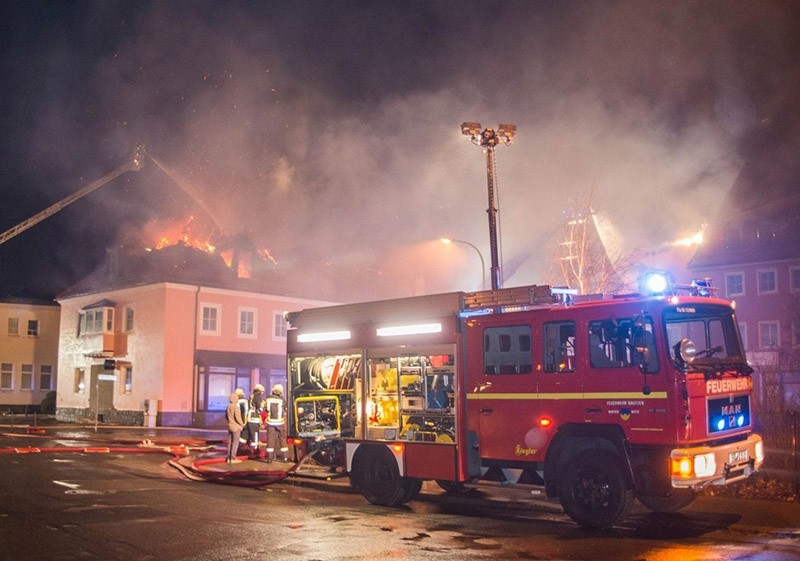 This file photo taken on February 21, 2016 shows fire fighters trying to extinguish a fire at a former hotel that was under reconstruction to become a home for asylum seekers on February 21, 2016 in Dresden, Germany. (AFP Photo)
by Associated Press Apr 18, 2017 12:00 am

German authorities say there were 169 violent offenses against homes for asylum-seekers last year, almost as many as in 2015, though the figures sank as the year progressed.

The Federal Criminal Police Office said Tuesday that the number of violent offenses compared with 177 the previous years.

In all, authorities counted 994 offenses against asylum shelters in 2016, a little below the previous year's 1,031. The police office said that most of them had a far-right motive.

Justice Minister Heiko Maas wrote on Twitter that the figures were "deeply shameful."

Germany saw a huge influx of asylum-seekers and other migrants in late 2015 and early 2016. That tailed off about a year ago, and the number of crimes targeting asylum homes declined over the course of the year.