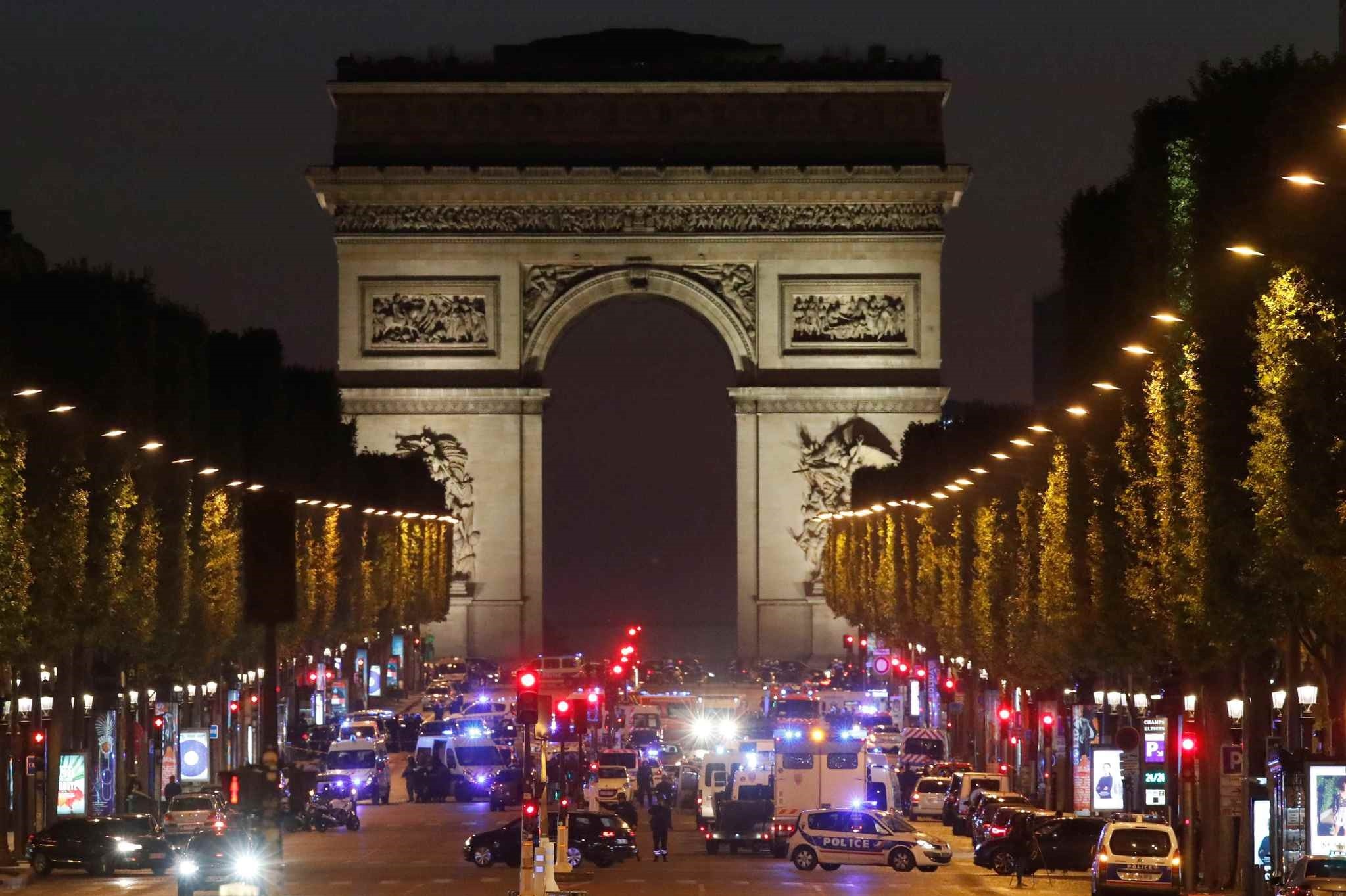 An attacker with an automatic weapon opened fire on police on Paris' iconic Champs-Elysees Thursday night, killing one officer and seriously wounding two others before police shot and killed him. Daesh quickly claimed responsibility for the attack. 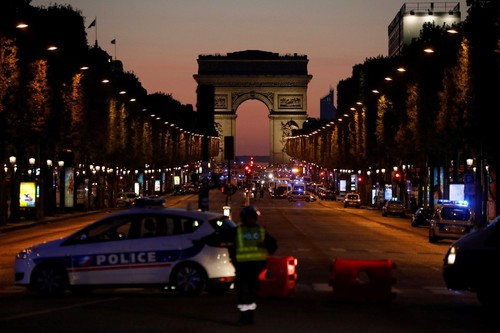 Paris police spokeswoman Johanna Primevert told The Associated Press that the attacker targeted officers guarding the area near the Franklin Roosevelt subway station at the center of the sparkling shopping boulevard popular with tourists. She said he appeared to be acting alone.

Police and soldiers sealed off the area, ordering tourists back into hotels and blocking people from approaching the scene.

The attack came three days before the first round of balloting in France's tense presidential election. Security has been especially high since Tuesday, when police said they thwarted a terror attack by arresting two men.

The Paris prosecutor's office said counterterrorism investigators are involved in the probe of Thursday's attack. Two police officials, speaking on condition of anonymity because they weren't authorized to publicly discuss the investigation, said the attacker had been flagged as an extremist. They had no other details about him.

The claim of responsibility several hours after the attack came unusually swiftly for the Daesh, which has been losing territory in Iraq and Syria.

In a statement from its Amaq news agency, the group gave a pseudonym for the shooter, Abu Yusuf al-Beljiki, indicating he was Belgian. Soon after the Arabic language statement, the group sent one out in French, describing it as an attack "in the heart of Paris."

Interior Ministry spokesman Pierre-Henry Brandet said on BFM television that a man came out of a car and opened fire on a police vehicle. He said officers were "deliberately" targeted.

Speaking in Washington during a news conference with Italian Prime Minister Paolo Gentiloni, U.S. President Donald Trump said the shooting "looks like another terrorist attack" and sent condolences to France.

Emergency vehicles blocked the wide avenue lined with shops that cuts across central Paris between the Arc de Triomphe and the Tuileries Gardens, normally packed with cars and tourists. Subway stations were closed off.

The gunfire sent scores of tourists fleeing into side streets.

"They were running, running," said 55-year-old Badi Ftaïti, who lives in the area. "Some were crying. There were tens, maybe even hundreds of them."

Security forces are more widespread in Paris since deadly extremist attacks in recent years, and France remains under a state of emergency.

The incident recalled two recent attacks on soldiers providing security at prominent locations around Paris: one at the Louvre museum in February and one at Orly airport last month.

A witness identified only as Ines told French television station BFM that she heard a shooting and saw a man's body on the ground before police quickly evacuated the area where she works in a shop.

A French television station hosting a televised event with the 11 candidates running for president briefly interrupted its broadcast to report the shootings.

None of the candidates immediately commented.