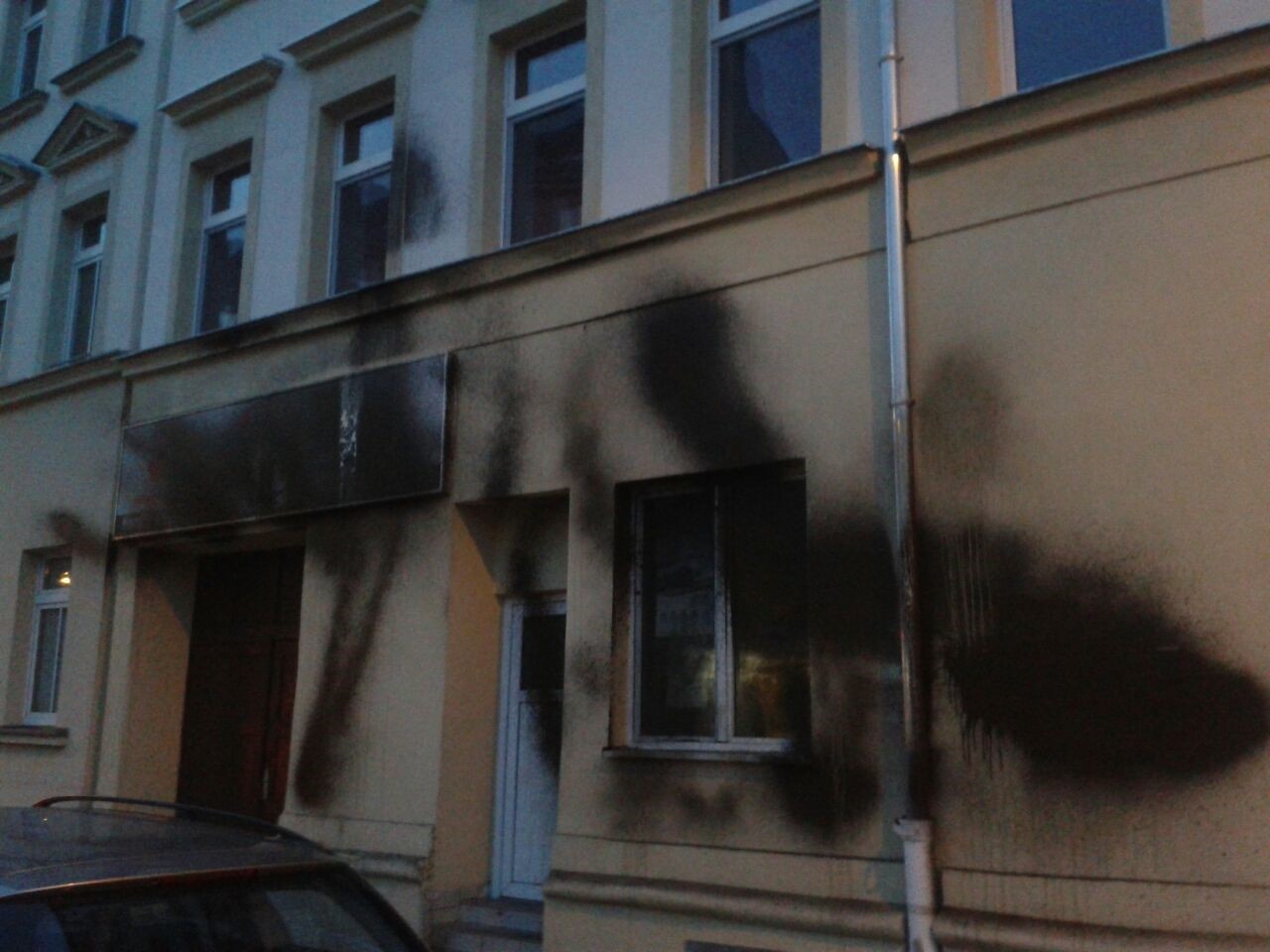 Unknown assailants vandalized a mosque in Germany's eastern city of Leipzig on Thursday morning, spray-painting the walls with anti-Turkish slogans.

Ismail Ozgan, the head of the Eyup Sultan Mosque Association, told Anadolu Agency that a large sign at the entrance of the building was covered in black paint by the assailants, who also scrawled insulting slogans against Turkey's ruling Justice and Development (AK) Party.

It was the third attack in Germany within a week that targeted Turkish mosques and organizations, amid a heated debate in the country about Turkish migrants and Turkey's April 16 referendum on transition to a presidential system.

Bekir Altas, secretary general of the Islamic Community of Milli Gorus, one of the largest organizations of the Turkish Muslim community in Germany, called on politicians and media to act responsibly.

"The ongoing discussions on the electoral behavior of Turkish migrants at the referendum is creating a hostile climate," Altas said in a press release on Thursday.

"Since the announcement of the referendum result, there has been a dramatic increase in attacks targeting Turkish and Muslim organisations," he added.

Approximately 63 percent of Turkish expats in Germany voted in favor of a presidential system in Turkey, while nearly 39 percent voted against. Among the 3 million Turks living in EU's largest economy, 700,000 went to the polls.

German politicians who backed the No campaign argued that big support for Turkish President Recep Tayyip Erdogan and his proposal for a presidential system among the expats was a sign that they were not well-integrated.

Several far-right politicians even called on Turks who backed the Yes campaign to leave Europe and return to Turkey.

"This rhetoric is fuelling a hostile climate and driving a wedge between people," Altas warned.

On Tuesday night, a mosque in Germany's southwestern city of Freiburg was targeted by vandals who spray-painted Nazi symbols on the walls of the mosque.

Ottoman Sufi Center in Berlin was also targeted by unknown assailants on Sunday, who broke the windows of the place of worship.

Germany, a country of 81.8 million people, has the second largest Muslim population in Western Europe after France. Among the four million Muslims in Germany, three million are of Turkish origin.

The country has witnessed growing Islamophobia and anti-immigrant hate in recent years, triggered by the propaganda of far-right and populist parties, which have exploited fears regarding the refugee crisis.

In 2016, 91 mosques were attacked across Germany, which showed a significant increase in anti-Muslim violence. In 2015, 75 such attacks were reported, and in 2014 there were nearly 60 attacks that targeted mosques.