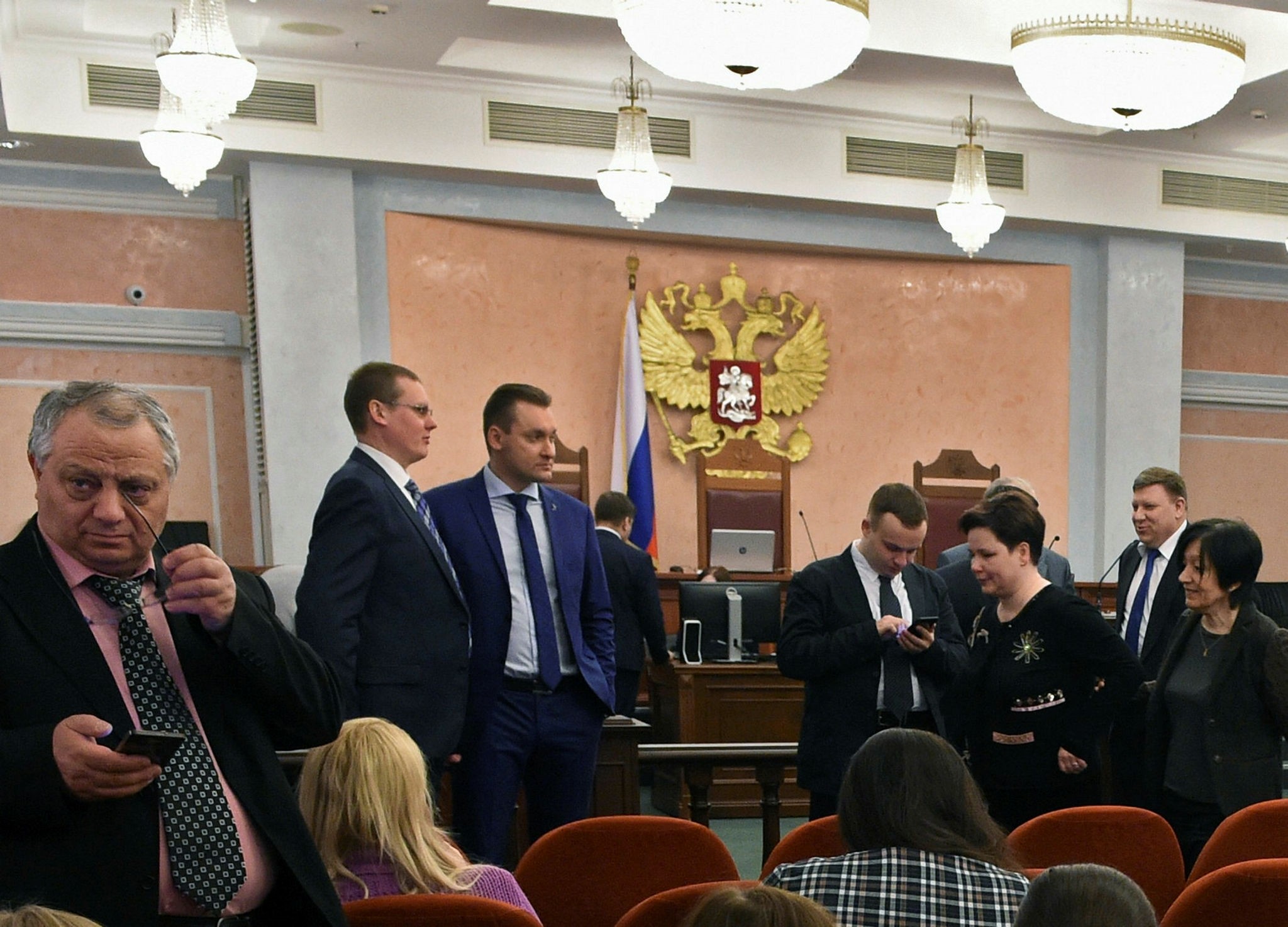 Participants attend a hearing on the justice ministry request to ban the Jehovah's Witnesses at Russia's Supreme Court in Moscow on April 20, 2017. (AFP Photo)
by Apr 20, 2017 12:00 am

The Jehovah's Witnesses were branded an extremist group by Russia's Supreme Court on Thursday.

The court ordered the government to seize the Christian group's property, upholding a motion by Russia's Justice Ministry to terminate the group's activities in the country.

The group, which has vowed to appeal the verdict, was earlier declared an extremist organization by a Moscow city court in January, state media reported.

The group had 395 legal entities in Russia, according to its website. Russia previously shuttered eight local chapters on allegations of extremism.

"Those decisions were based on fabricated evidence and flawed by procedural errors," the group said on its website.