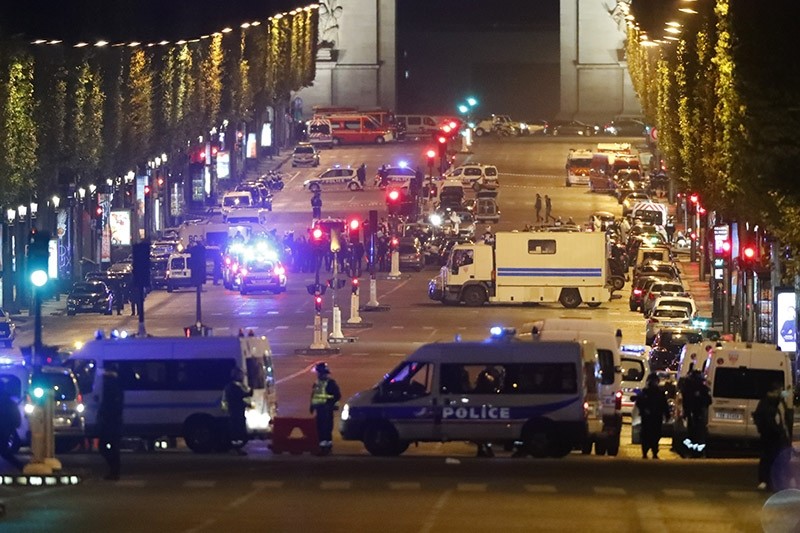 French Police officers after a shooting in which two police officer were killed along with their attacker and another police officer wounded in a terror attack near the Champs Elysees in Paris, France, 20 April 2017 (EPA Photo)
by Compiled from Wire Services Apr 21, 2017 12:00 am

French police were on Friday hunting a second suspect in connection with the fatal shooting of a policeman in Paris, French Interior Ministry spokesman Pierre-Henry Brandet said.

Speaking on Europe 1 radio after Thursday's shootout on the Champs Elysees shopping street, in which an assailant was also killed, Brandet said a second man had been identified by Belgian security officials and flagged to French authorities.

France has been alerted about a new suspect by the Belgian security services but it was not immediately clear if he was linked to the late-night shooting in Paris, Brandet said.

"It is too early to say" if the man signalled by Belgium was involved in the shooting which killed a policeman and wounded two others on the Champs-Elysees on Thursday, interior ministry spokesman Pierre-Henry Brandet told Europe 1.