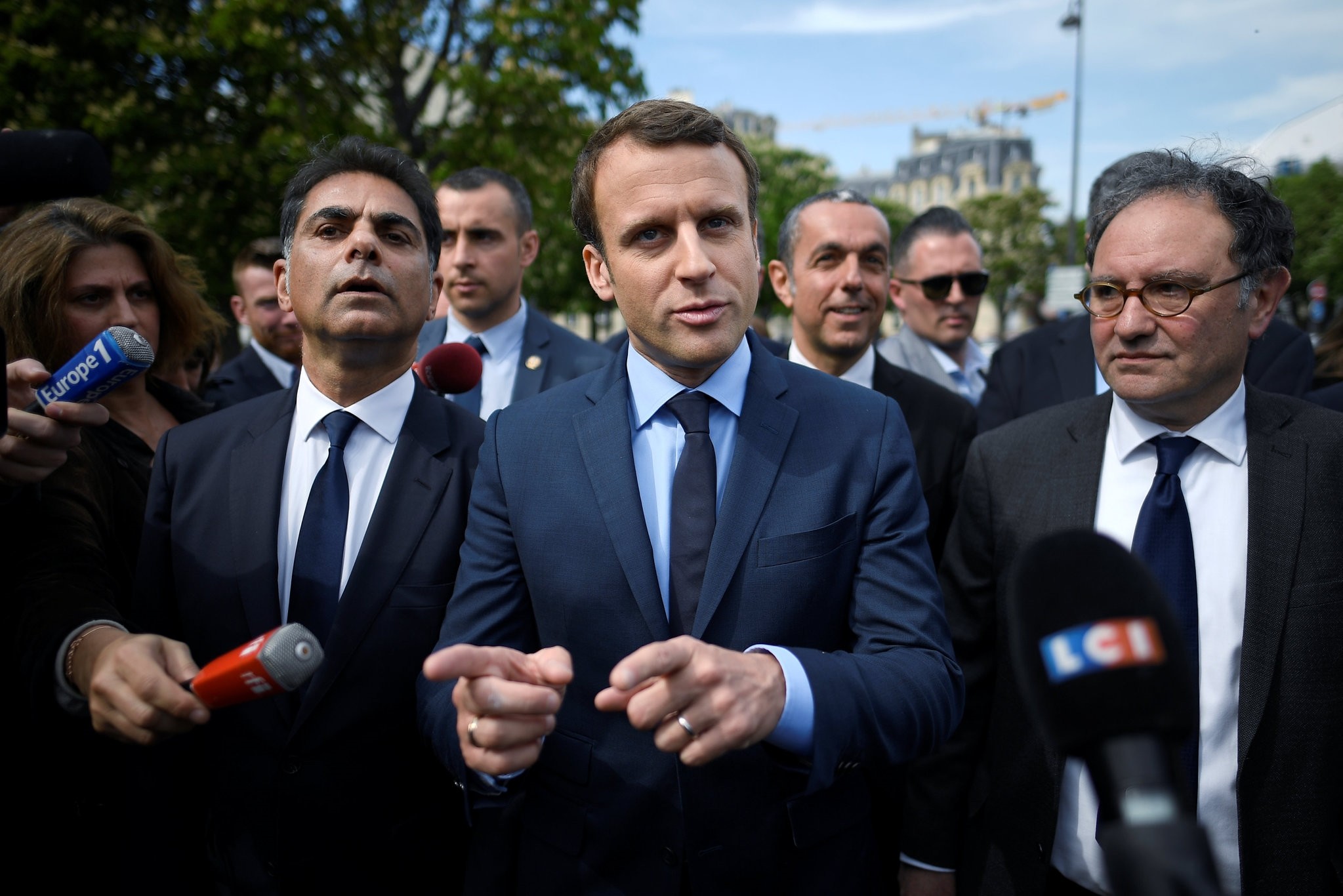 Centrist French presidential hopeful Emmanuel Macron said on Monday that he will fight for the full international recognition of the 1915 events as 'genocide' in a visit to the Armenian monument in Paris to mark the annual commemoration of the deaths of Armenians in 1915.

Not breaking the French tradition of focusing on Armenian issues in domestic politics, Macron promised to defend Armenians and work for the international recognition of "the Armenian genocide." if elected on May 7. He added that he is in favor of the criminalization of Armenian genocide denial.

Macron held a minute of silence at the monument and laid a wreath to pay tribute to the Ottoman Armenians who were killed during relocations which took place after the Armenians sided with the invading Russians and revolted.

During the First World War, the Ottoman Empire approved a deportation law for Armenians amid their uprising with the help of the invading Russian army. As a result, an unknown number of people died in the civil strife. The Armenian diaspora and the state of Armenia term the incidents as "genocide" and ask for compensation, whereas Turkey says that while Armenians died during the deportation, many Turks also died due to the attacks by Armenian gangs all across Anatolia.

In 2011, Turkish-French relations became strained after the French Parliament adopted a resolution that criminalized the rejection of Armenian allegations pertaining to the incidents of 1915. The bill was later overturned by the Constitutional Court as a breach of freedom of expression.

Turkey does not dispute that there were casualties on both sides, but rejects calling the events "genocide". Instead, it calls for a joint commission of historians to be established and archives to be opened in order to study and uncover what happened between the Ottoman Empire and its Armenian citizens.