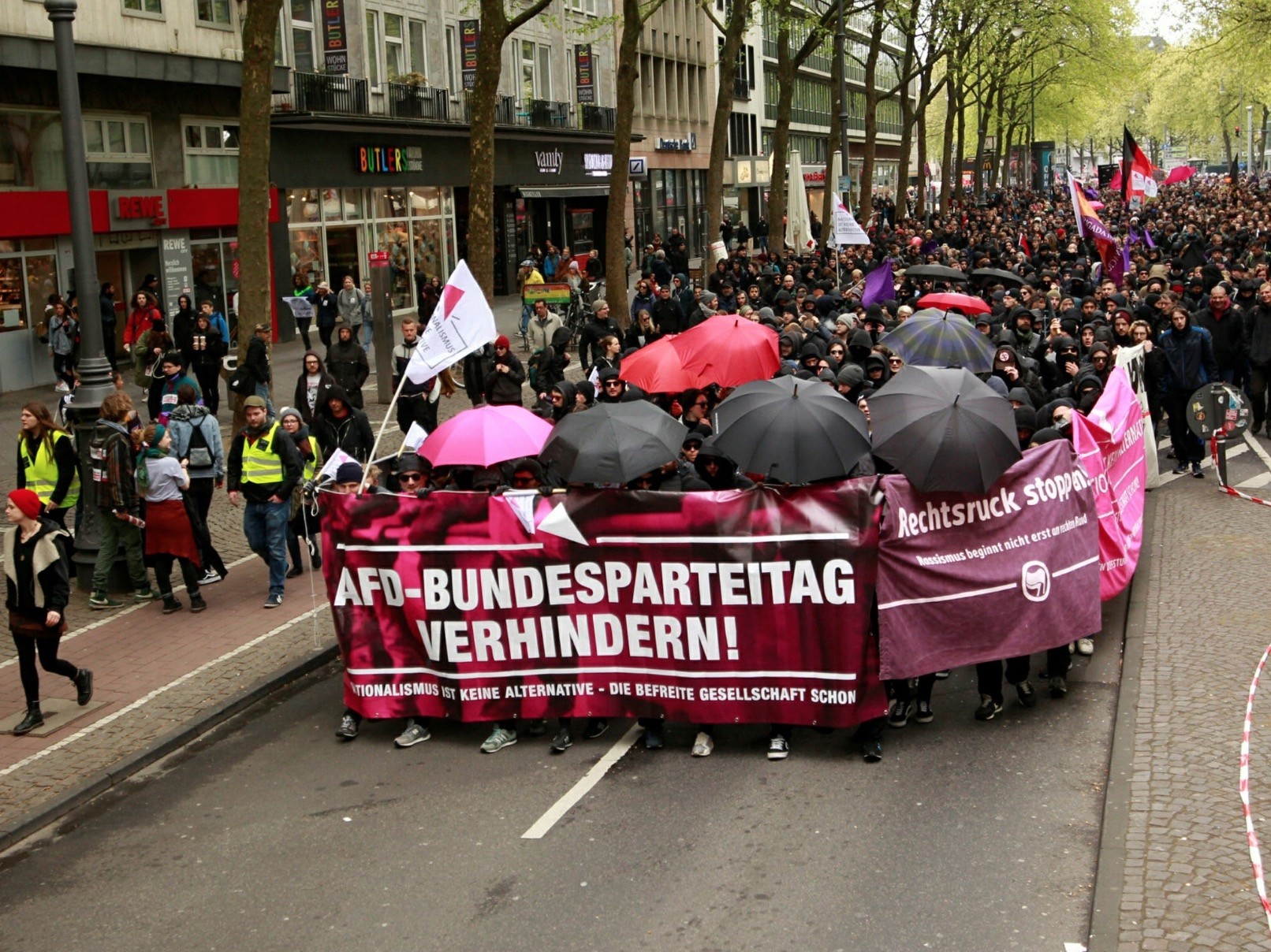 The top brass of Germany's Alternative for Germany are struggling for power in a debacle that concluded with the party's friendly face, Frauke Petry, being sidelined for the upcoming election campaign

The Alternative für Deutschland was founded in 2013 and got 4.7 percent in the federal election in April that year, falling just short of the 5 percent requirement for representation in the Bundestag, Germany's parliament. The young party has, however, secured representation in 10 of Germany's 16 States and, if current trends continue, will win some seats in Berlin in the upcoming Sept. 24 elections.

Although it did get some support behind this goal, the party got much more popular when it started taking serious positions on immigration policy after Chancellor Angela Merkel's decision to open Europe's gates to asylum seekers in 2015; many non-Syrians however, have taken advantage of this open-door policy to infiltrate Europe illegally, which has not boded well with European voters at all.

The AfD's reactionary, populist message prompted many anti-immigrant protests in 2015 and 2016, mainly behind the banner of the PEGIDA (Patriotic Europeans Against the Islamization of the West) movement, particularly in Dresden. Attacks against German women in New Year's Eve celebrations in Cologne and Hamburg, which went unreported for days due to police cover-ups, only helped to serve the rising anti-mass immigration sentiment in the country.

To some extent, the party also rode on the back of Brexit and the victory of President Donald Trump in 2016 due to its reactionary, anti-establishment and anti-globalist history.

Despite the favorable political climate, however, which has given rise to many nationalist, anti-immigration and anti-globalist movements all across the Western world, the AfD has had a hard time settling for what exactly it is that it wants.

The first internal power struggle in the party was between the lenient Frauke Petry and somewhat more radical Björn Höcke. Petry ultimately outmaneuvered Höcke and became popular with voters, being described as soft-spoken and telegenic, albeit not afraid to say what's in her head. Now, however, Petry is facing internal opposition for leadership of the party by such elements as Alexander Gauland, Alice Weidel and Beatrix von Storch.

Pregnant with her fifth child, she said in a video statement that she will not be seeking candidacy for the party's top seat for the 2017 elections, rather making room for people like Gauland, who left Merkel's Christian-Democratic Union seeking a more radical alternative. Now Gauland, 76, and Weidel, 38, will become the party's new figureheads.

In Cologne, a party event discussing these changes was held, and saw protests of thousands, mainly hard-left protestors, outside the building.

"I will step aside during the campaign, as that's what the party congress apparently wants," Petry said, while pledging to remain party co-chairwoman "for now".

"As long as the party is not willing to say in what direction it wants to go, a team will have to lead the campaign that can deal with this indecision better than I can."

These internal power struggles have split the party's support in several areas. While some support Petry fully and see her call for "Realpolitik" as the only realistic way to win more seats in the Bundestag, many other view the sidelining of Höcke as a mistake. Now he is the AfD local representative in Thuringia and is seen as more radical than Petry, saying in a January regional party event that "The bombing of Dresden (Feb. 13-15, 1945) was a war crime, comparable with the nuclear bombs on Hiroshima and Nagasaki. With the bombing of Dresden and the other German cities, they wanted nothing else than destroying our collective identity." He then went on to criticize Germany's guilt culture over the holocaust.

"Until now, our state of mind, our frame of mind, is still the one of a completely conquered people. The Germans - and I don't speak about you patriots who are gathered here now -, the Germans, are the only people in the world who constructed a memorial of shame in their capital."

Speeches like these have made the AfD an easy target for opponents from Merkel's CDU and Martin Schulz's Social Democrats.

The upcoming election campaign could see the AfD rise to third largest party after the CSU and the SPD, since other small partis like Die Linke (The Left) and Die Grünen (The Greens), have not managed to ever get much over 10 percent in recent months, which means they will most likely lose seats in September.