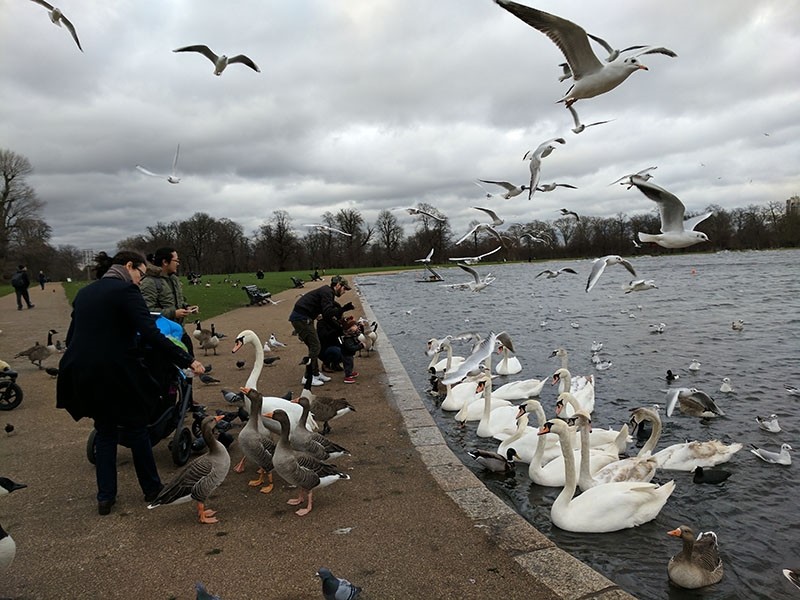 Fed up with holidaymakers being dive-bombed by greedy seagulls in "horror movie" scenes, one British costal area is fighting back by making it an offence to feed the birds.

The district council of east Devon which includes the popular resorts of Exmouth and Sidmouth is introducing an 80-pound ($100) fine.

"Seagulls become accustomed to being fed by people and will attack them if they are not offered food," said local councilor Iain Chubb.

"It isn't very nice when they do come – it's almost like a horror movie," Chubb said, comparing it to British director Alfred Hitchcock's film "The Birds".

Tourists and local business owners have long been pressing for stronger measures against feeding the gulls than mere warning signs, he told Reuters.

But only regular feeders and restaurants that leave their rubbish bins open were at risk of being sanctioned.

"Quite often the seagulls will sort of swoop over you and if you're a small child and a thing with a three-foot wingspan comes towards you like a pterodacytl you might just throw your food up in the air," he added.

"If you were to feed a seagull a couple of chips, there's nobody going to pounce out the bushes and say 'you've got a fine.'"