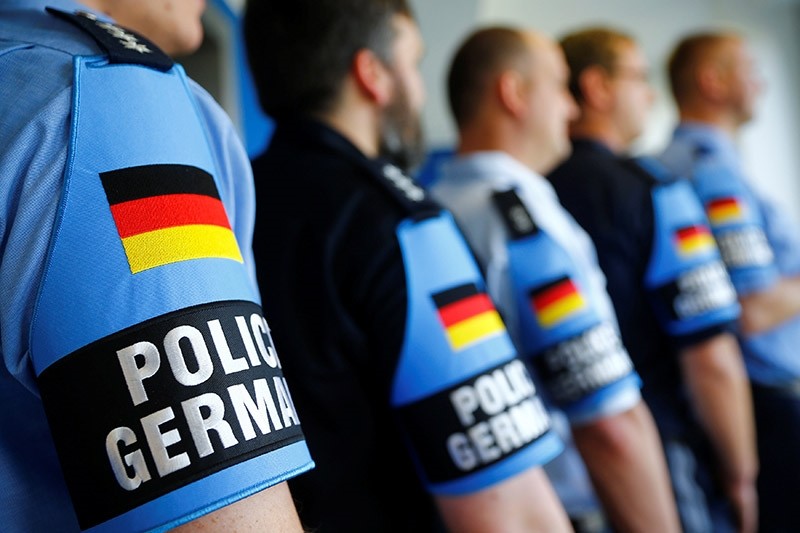 German police officers pose for an image with their armband reading ,Police Germany, at the North Rhine-Westphalian police headquarters in Duisburg, Germany, June 6, 2016. (Reuters Photo)
by Daily Sabah May 03, 2017 12:00 am

A police officer was seriously injured last weekend in the town of Recklinghausen in Germany's western North Rhine-Westphalia state.

The incident remained a mystery until Tuesday, when investigators found out that the 24-year-old police officer was shot by his colleague, who was reportedly "joking" around.

The prank went wrong as his 28-year-old colleague reached out from behind for the weapon of the victim, triggering the device.

The bullet hit the leg of the 24-year-old officer, a spokesperson for the Recklinghausen Police Department said.

There were no indications of an intended firing, however an investigation was launched against the colleague over negligent and grievous bodily harm.

The spokesperson also added that the chief of police was assessing whether to launch a disciplinary procedure or not.

The victim was patrolling a park with his colleague on Saturday morning, when he was shot. He is still being treated in hospital, but is expected to fully recover.