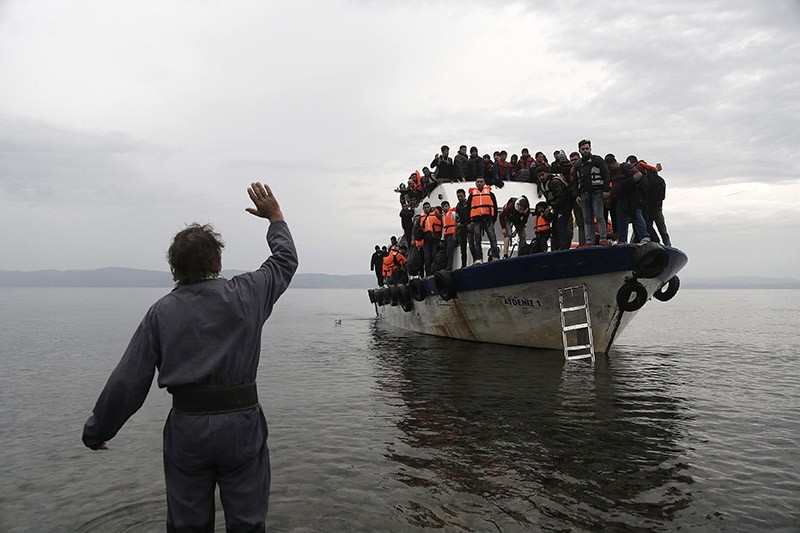 An Italian neo-Fascist party staged a "symbolic" occupation of the Rome offices of the International Organization for Migration (IOM), accusing the UN-affiliated agency of abetting a migrant "invasion."

About 30-40 Forza Nuova militants staged a protest in the courtyard of the IOM building, a spokesman for the organization said. They launched a couple of smoke bombs and chanted aggressive, racist slogans, he added.

"It was impossible to reason with them," the spokesman told dpa.

In an online statement, IOM Italy condemned a "vandalistic attack of a xenophobic nature."

The militants were not allowed inside the IOM offices. The police was called and they simply waited for the protest to end, which took about a couple of hours, the spokesman added.

Forza Nuova leader Roberto Fiore said they targeted the IOM because it is an "international organization for the invasion" that "controls" migrant rescue NGOs, and labeled such groups as "criminal associations linked to smugglers."

On its Facebook page, Forza Nuova said its views are vindicated by recent claims by Catania Prosecutor Carmelo Zuccaro, who suspects, but has no proof, that NGOs act in cahoots with traffickers. NGOs have flatly rejected the accusations.

Fiore, whose speech was posted on Facebook, said the stunt was also a protest against the visit by US-Hungarian billionaire George Soros, who funds pro-migrant groups. Soros met Italian Prime Minister Paolo Gentiloni on Wednesday.

Forza Nuova is a fringe group in Italian politics. In both the 2013 general elections and in last year's Rome mayoral elections it picked up less than 0.3 per cent of the votes.