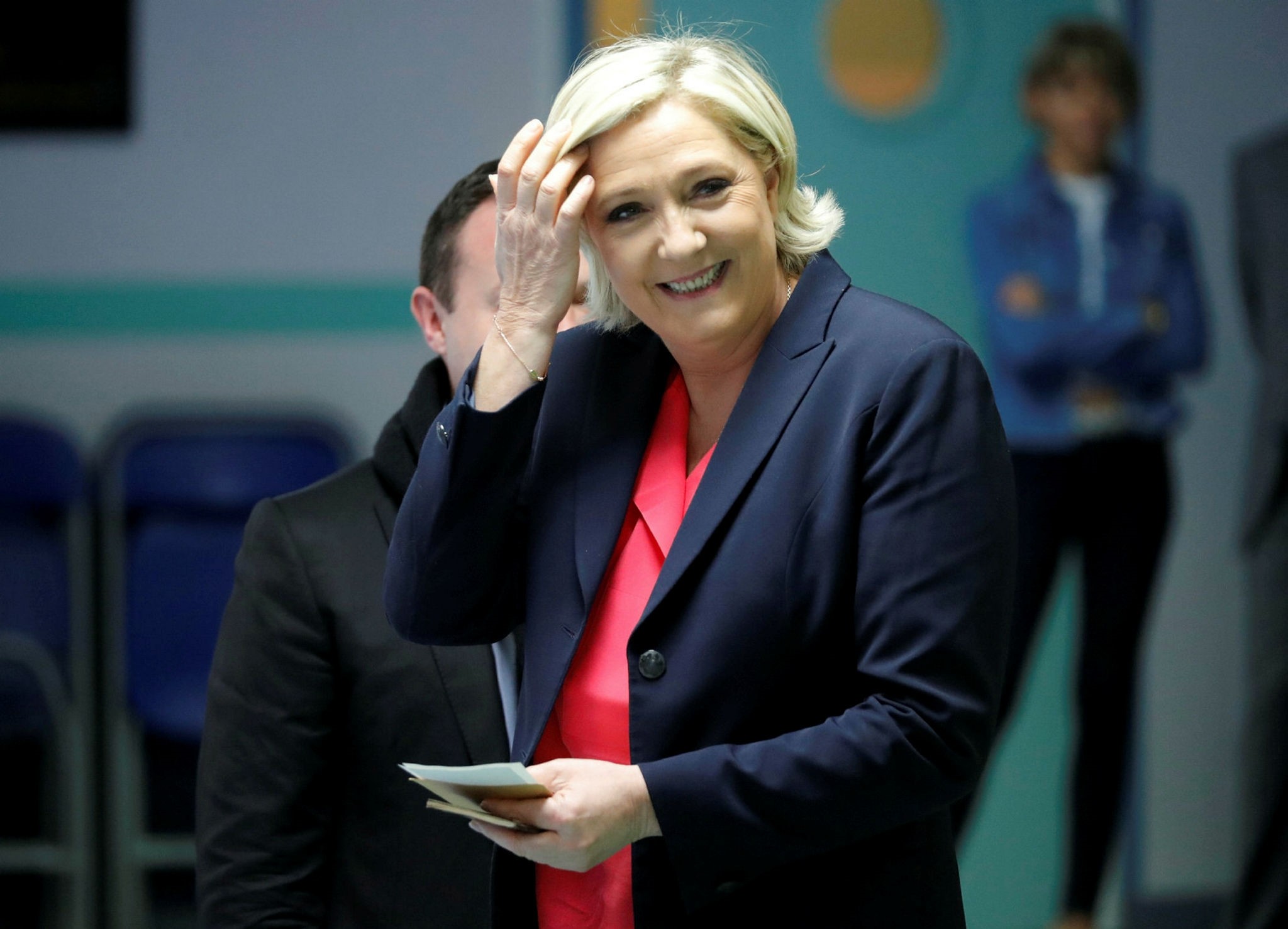 In a short statement, Le Pen said she had called Macron to wish him "success" in tackling the "huge challenges" he faced and announced that she would lead the FN into June's legislative elections.

Political newcomer Emmanuel Macron will be France's next president, pollsters projected Sunday night, delivering a resounding victory to an unabashedly pro-European former investment banker and strengthening France's place as a central pillar of the European Union.

A crowd outside the Louvre museum at a Macron victory party jubilantly waved red, white and blue tricolor flags at the news.