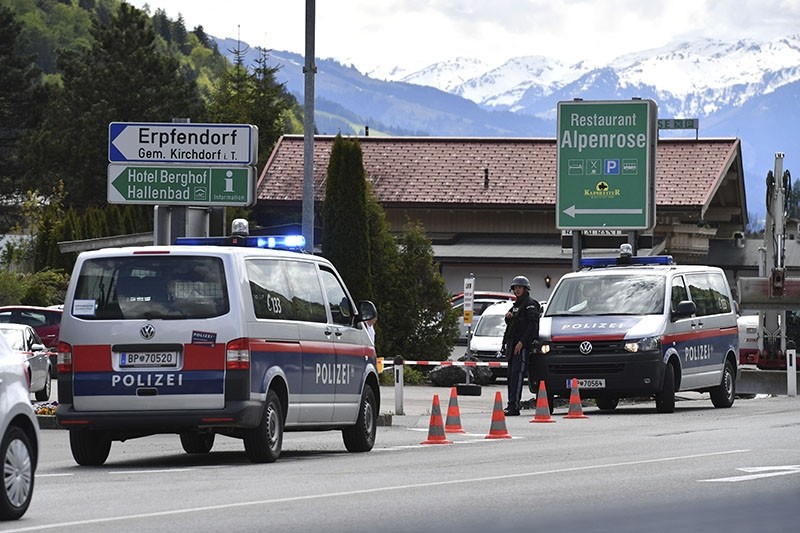 Austrian police have closed the street to Erpfendorf in the Austrian province of Tyrol, Friday May 12, 2017, after a person has been taken hostage during a bank robbery. Further details weren't immediately available. (AP Photo)
by Associated Press May 12, 2017 12:00 am

A man held a hostage for about six hours at a bank in a small Austrian town on Friday.

The standoff with police in Erpfendorf, an Alpine town near the German border in Tyrol province, started late Friday morning.

It was not clear whether the hostage-taker was armed, as the police did not release detailed information on his motives.

The bank's employees were able to leave the building unharmed.

After several hours of negotiations, police say the hostage-taker agreed in the late afternoon to free his victim, an unidentified man.

The Austria Press Agency reported the kidnapper then left the bank himself and was arrested.