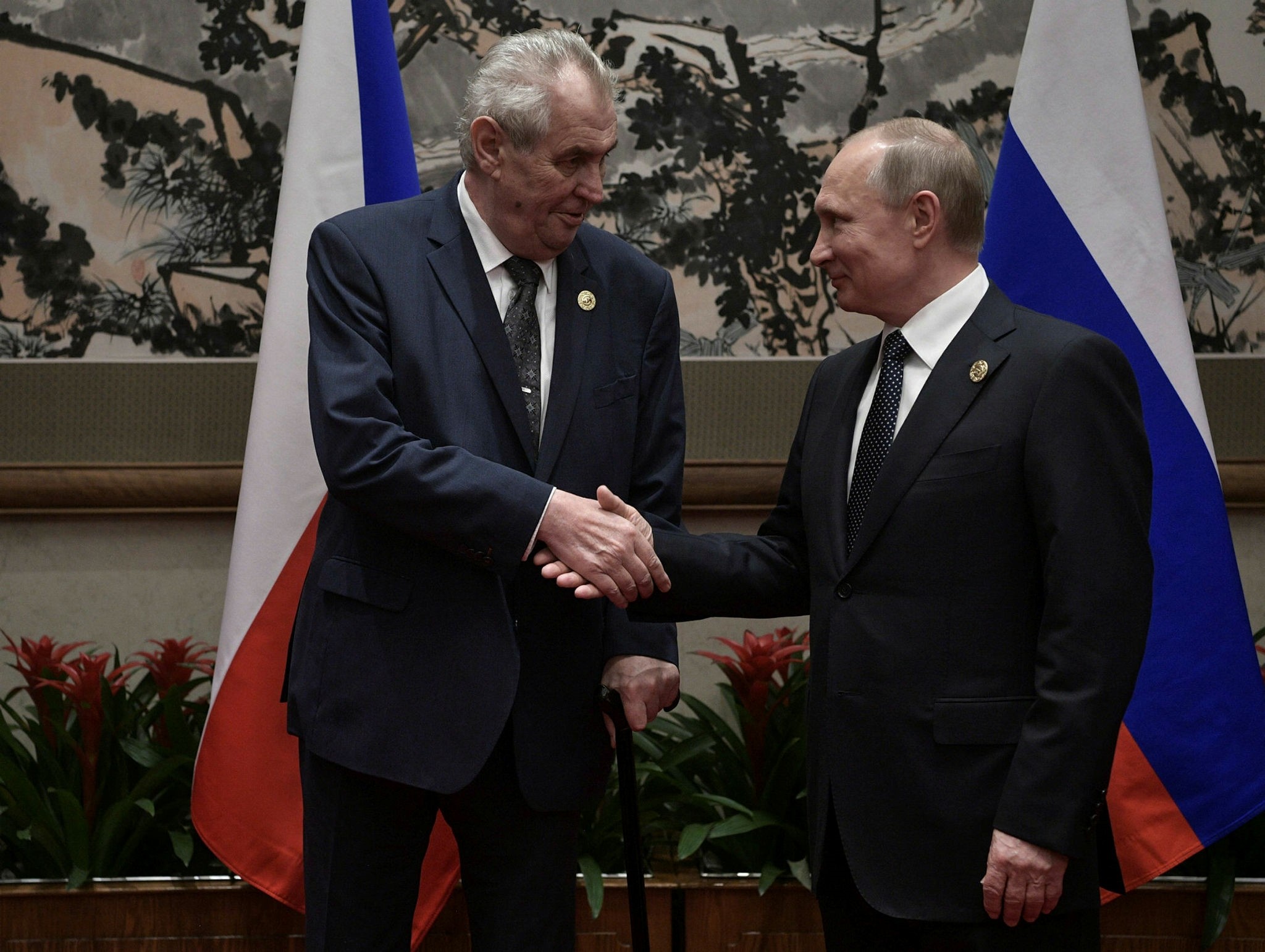 President of the Czech Republic, Milos Zeman joked about his Russian counterpart Vladimir Putin's "smoking ban" imposed on the Foreign Minister Sergey Lavrov and also jokingly suggested "liquidating journalists" present in the hall where he and Russian officials had a photo opportunity on Sunday.

During the "One Belt, One Road" forum in the Chinese capital Beijing, he told Lavrov "You are smoker just like me, Minister Lavrov – but your President forbids it." The response of the Russian President came quick. "I don't recommend it!" Putin said.

"It's the Duma that forbids it," added Lavrov, with all three officials laughing.

The witty Zeman later spoke about his "cruel" plans too. "There are too many journalists, we should liquidate them."

"Maybe not liquidate, but make some of them redundant," replied Putin, with a smile.

The Czech President has become an important ally of Putin, with his open support for Russia over annexation of Crimea, when all other European leaders were condemning it. The 73-year-old president also joked once that he is "an agent of Putin."