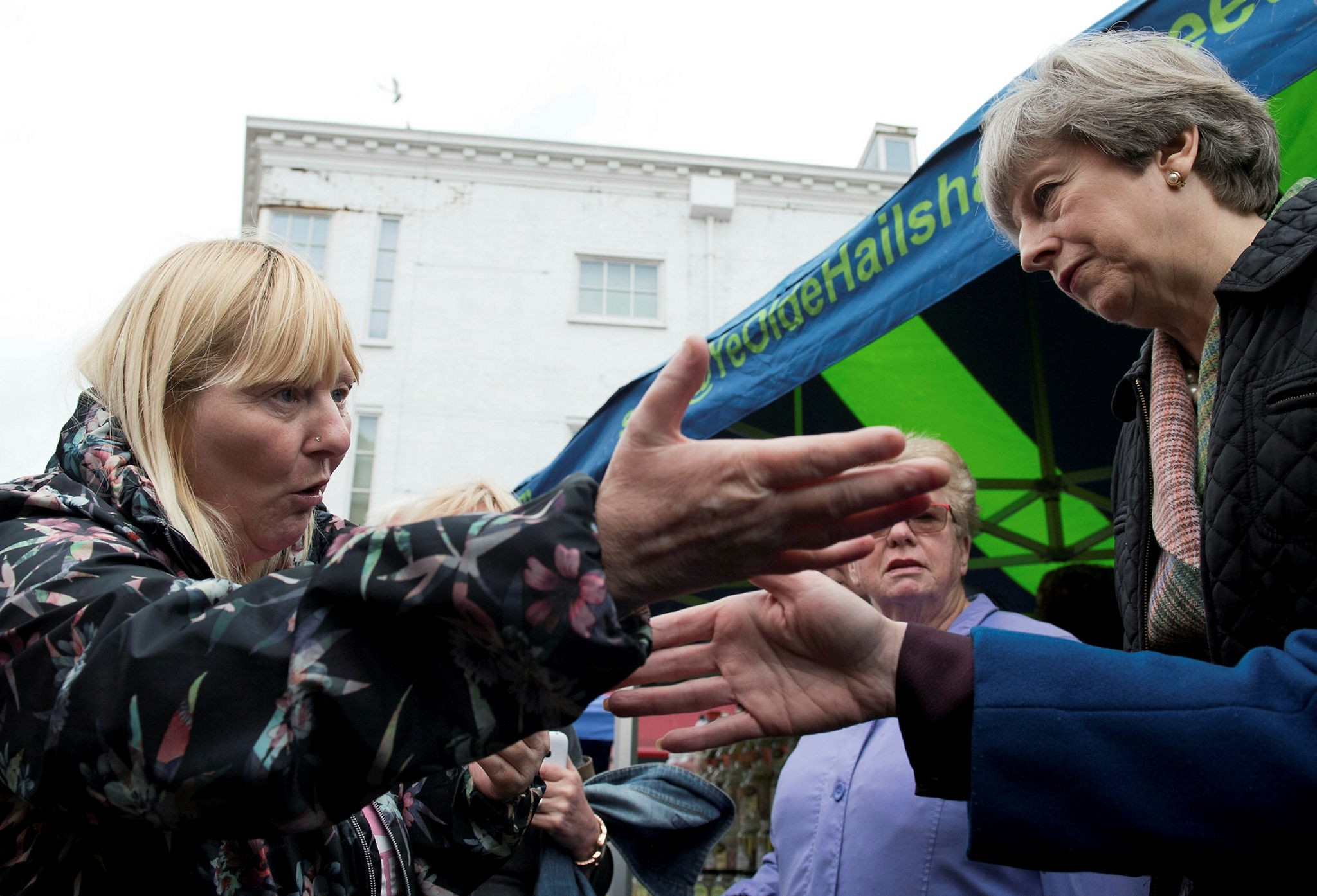 Prime Minister Theresa May was confronted while out campaigning on Monday ahead of next month's election by an angry voter who scolded the British leader over cuts to disability benefits.

"Theresa are you going to help us?" the voter, who was addressed as Cathy, asked as May walked around a market in Abingdon in central England. "I am being serious, I want you to do something for us."

The voter said she had learning difficulties which were so serious that she could not write a letter asking for a help from the authorities.

May, who critics say has so far run a stage-managed campaign which has kept her away from ordinary Britons, listened politely and nodded at the voter before trying to explain the government policy.

"We are going to do a number of things," said May, who has promised to make Britain work for all citizens, before the voter interrupted her.

"The fat cats keep the money and us lot get nothing," the voter said. "I can't live on 100 pounds a month. They took it all away from me."